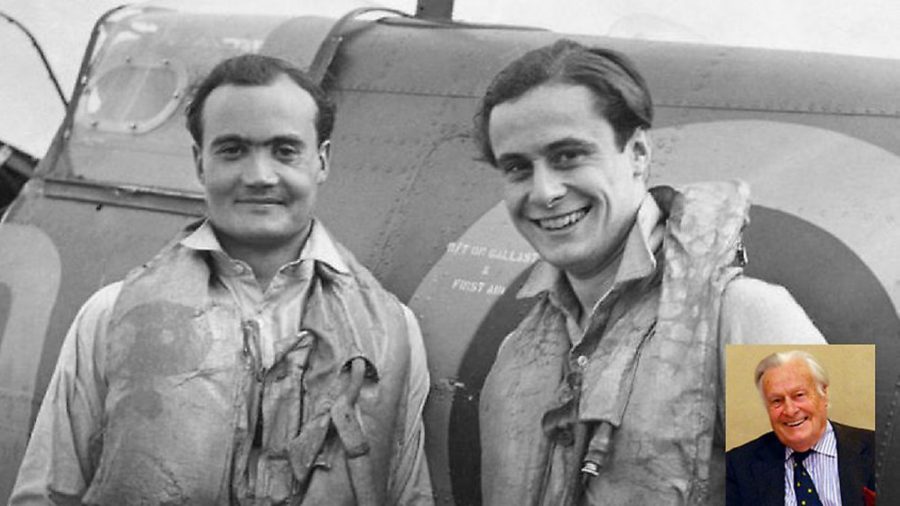 Squadron Leader Geoffrey Wellum DFC, one of the dwindling number of ‘The Few’, has died aged 96

Geoffrey Wellum joined the RAF in August 1939, aged just 17, and flew his first combat missions within months. At the sharp end of many of the ferocious dogfights that characterised the Battle of Britain, he was subsequently awarded the Distinguished Flying Cross, promoted to Flight Commander and, in 1942, transferred to the Mediterranean to lead a group of eight Spitfires patrolling the skies above Malta.

Active to the last, he has recently been seen in the Spitfire film just released. However, as well as being the youngest Spitfire pilot in combat in WWII, he was known for his modesty about his achievements in the Battle of Britain and other theatres, and for his book First Light, which was published in 2002.

First Light is a moving yet clear-eyed memoir, which pulls no punches and conveys movingly the many emotions experienced by Wellum as a fighter pilot. Unusual both in being written and published so long after the war, and for its self-deprecating tone, the memoir was written when Wellum’s life was at a low ebb, to convince himself that he was worth something once, although heroism is the last thing Wellum talks about in the book.

One constant in his book is his passionate love of flying. Even with his life on the line and the Battle of Britain in the balance, Wellum still beams like a schoolboy at the thought of flying a Spitfire. “When I was first given one to fly, my first emotion was almost intimidation. [The fighter] felt like a thoroughbred horse watching a new rider coming up and wondering how much to be bloody minded. But once I was inside, the Spitfire, quite frankly, flew me.”

Wellum always stressed that the pilots in the Battle of Britain couldn’t have defeated the Luftwaffe without first-rate aircraft and tireless support staff, and he was cheered that the public appreciation for the achievements and sacrifices of his generation is still so much in evidence. “It’s nice to be remembered,” he said. “Because being remembered covers everybody, including all those chaps who were killed. That’s what’s important, not medals or thanks.”