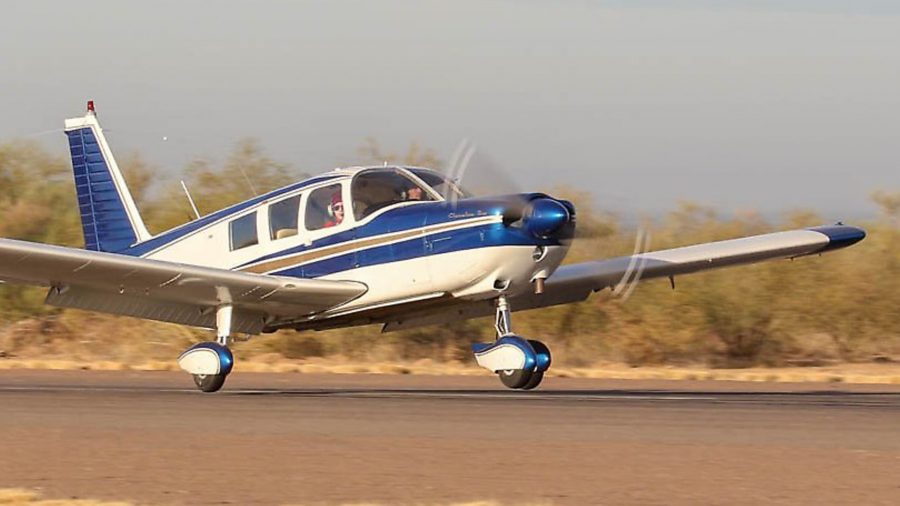 Trained, current and well equipped – but maybe not so well prepared… By Richard Vowles 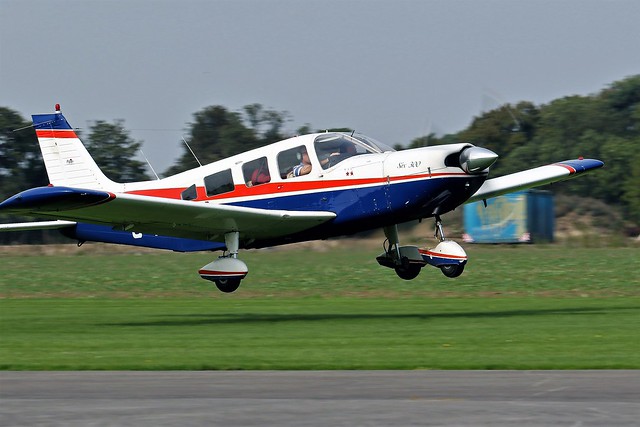 Images in the article are for illustration purposes, not the aircraft involved in the story

I was very much looking forward to joining my wife and friends for a few days in the Lake District, with the added bonus of flying myself to Blackpool-an airport I had not visited before. It was flaming June, the sky a high overcast with a hint of drizzle in the air.

It was summer, but not that warm. Flyable, but not nice. I had checked the Met carefully: a bit of a weather system over the Midlands but should be OK. A touch murky at Blackpool but well above minima. I was looking forward to a lovely flight.

It was two years since I completed my FAA IR in Santa Monica. What an experience that was. Hard work under the hood to hide the blue Californian skies. Today was going to be proper IFR flying and it was still a little bit exciting.

I had flight-planned meticulously. It was going to be a standard instrument departure out of Guernsey, up to Ortac, joining the airways, over Southampton, Compton, the Midlands, before descending into Blackpool. It looked as though it was going to be an ILS into Blackpool, and a proper one at that. That was fine; I was trained and current. 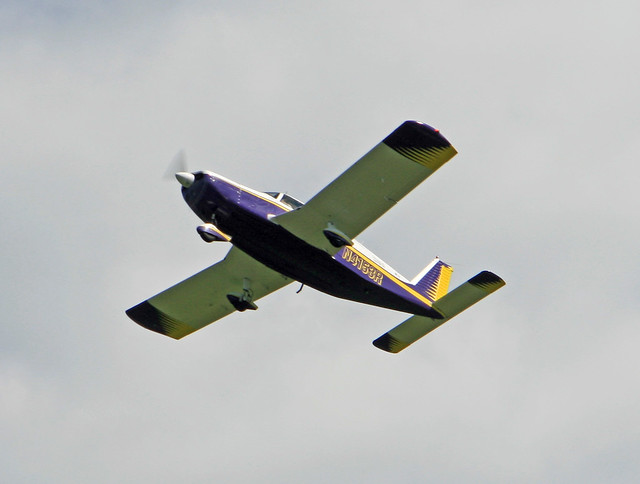 The aeroplane was a turbocharged PA-32 Cherokee six. It is a solid aeroplane, a bit sensitive to weight and balance, but I had calculated that to my satisfaction. The avionics included a full Avidyne Entegra glass cockpit and STec 55 autopilot-overall, a very capable aeroplane. What could possibly go wrong?

The first thing that could, and did go wrong was that I could not find the approach plates for Blackpool and Manchester (My alternate). Our group manager should have put them in the aircraft, but she must have forgotten.

All of a sudden the ample time I had allowed myself for preflighting the aeroplane seemed a little tight as I ran to the office and frantically started printing out the plates from the internet. I know the Avidyne had a full set of electronic plates but I couldn’t remember what the legal requirement was for approach plates. Better safe than sorry.

At this point I was in danger of missing my slot, but a swift walk around suggested that all was well with the aeroplane so in I got. There was moisture in the air and at my planned cruising altitude of FL090 it was going to be about 2-3C so in anticipation I turned the pitot heat on, one less thing to think about. So I was off, smooth departure and no problems over the Channel. 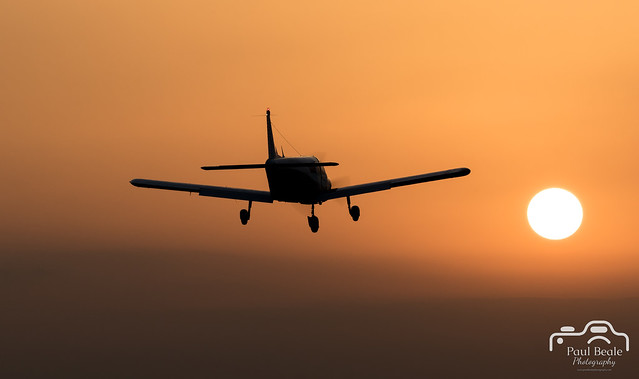 Things started to look a little less promising as I got towards the Midlands. I was talking to London Control in clear air between layers, and suddenly I was approaching an unbroken wall of cloud. Perhaps I had underestimated that weather system.

Still the plane was capable, the OAT was 4C and the conditions were calm. I would soon be through the weather and nearly in Blackpool.

On entering the cloud all of a sudden the temperature dropped to freezing. A quick glance outside the cockpit confirmed that a few ice crystals were just starting to form up on the leading edges. I decided I had better keep a close eye on what was going on. Should I ask for descent?

That might take me out of the airway and I hadn’t really planned for this eventuality and I didn’t want to run the risk of airspace infringement. The icing was getting a bit worse. The airspeed was well maintained but to be on the safe side I thought I had better go down. 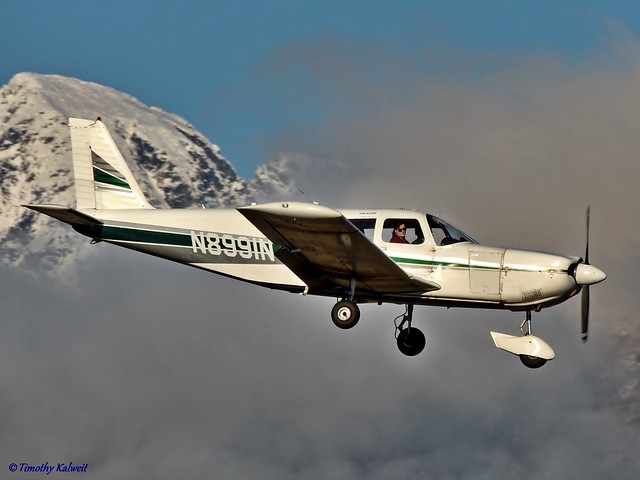 I called up London to request descent, which was refused. Just then, to my horror, something odd started happening on the altimeter. It started to plummet. That could not be correct, surely? I was not carrying enough ice to make the plane stop flying, the engine still sounded sweet and the AI was fine. Then the big red crosses started appearing on the instruments.

Altimeter, ASI, VSI all sequentially disappeared. Was it time to make my first pan call? Stop and think: it must be a failure of the pitot heat. I checked the fuses and the alternator. It occurred to me that alternate static might help so I turned it on and magically the altimeter came alive again.

Then my second thought: check the pitot heat. I looked down at the switch and there it was in the ‘Off’ position. I turned it on and within a few seconds the ASI came back to life. I turned the alternate static off and checked the ice on the wings, which, thankfully, was no worse.

Shortly afterwards London Control called me back with a descent clearance, whilst still keeping me in controlled airspace with the safety of a radar control service. As expected Blackpool was a bit murky but I intercepted the ILS and descended into the airport, ice free without any further drama. 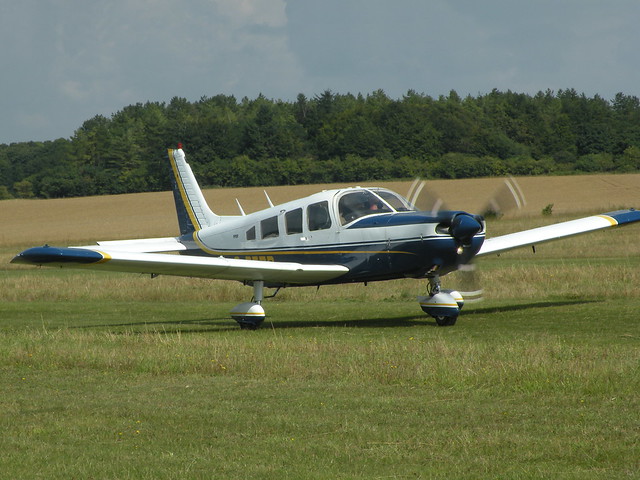 I have reflected on the flight subsequently and there are many things I did wrong. The problems stemmed partially from my inappropriate over-confidence in my ability in IMC. But the thing that caused the crisis was my inability to find the plates (which were there all along but had somehow slid under the front seat, where I did not see them). I was then in a rush to get away.

I should have put a delay on my departure but didn’t. My walk around was hurried. I checked the lights and the pitot heat, all of which were working fine. The PA-32T has an airliner-style panel with the battery master, alternator, magneto and lights switches above the windscreen. The pitot heat switch, along with the avionics master is down by your right knee.

I know exactly what I did: I checked the lights and the pitot in the walk around then turned all the switches above the windscreen off but I failed to turn off the pitot heat.

As I set off I thought that the pitot heat may be needed, but when I thought I was turning it on I had inadvertently turned it off. American switches switching working the opposite way to European ones, I did not notice until I lost the instruments just at the point when my workload was high, trying to decide what to do about the ice on the wings.

Fortunately training kicked in and I sorted the problem out and I have lived to fly another day. I remain thankful that there were no passengers in the aeroplane at the time.