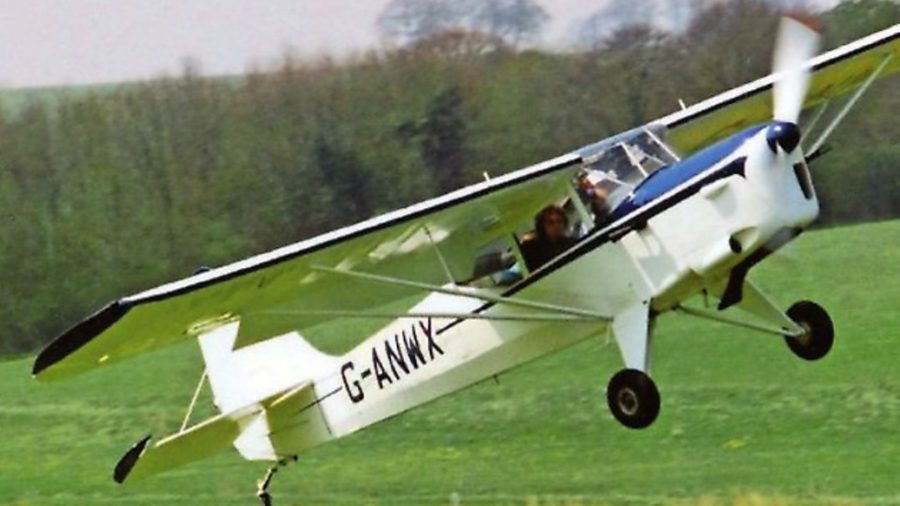 Going round from a baulked approach, a pilot suddenly finds that his recently rebuilt engine refuses to go above 1,500 revs…

Back in the early 1980s I finally had sufficient finances to fulfil my boyhood dream of learning to fly. At the time the Kestrel Flying Club, operated by Tim Merrett, was offering flying lessons at Cranfield in Cessna 150s and a 1946 vintage Auster J/1N Alpha. Having always been interested in old aircraft, I thought the Auster would be more fun than the Cessnas. Suffice to say I gained my PPL in 1984 and the sky was the limit, or so I thought, until I realised that other people wanted to fly the Auster and Cessnas as well as me, so the planned weekends away became an hour or two’s flying, scurrying back to Cranfield for the next customer. The answer was obvious; buy your own aeroplane, Lee! Unfortunately funds weren’t sufficient, so plan B was put into action. This entailed getting a ‘fixer-upper’ and, as I had become quite attached to the club’s Auster, I decided to try to find another one that suited my pocket.

I subsequently met up with Ron Neal, who had become the guru for all things Auster, at Leicester. He suggested a couple of Austers he knew were for sale and added, almost as an afterthought, that there was one that he had acquired as an insurance write-off, at the back of the hangar. It was the short span aerobatic version the J/5L Aiglet Trainer. This aircraft had forced landed, damaging the undercarriage and bending the bottom longerons. The engine had been sold and it was missing the prop too but, on the plus side, Ron only wanted £950 for it. Due to the nature of the work required to get it back into the air, I enlisted the services of Ron’s company to do what was necessary, while I found an engine, prop etc.

Eventually a Gipsy Major 10-2 engine was located. It had originally been fitted to a Chipmunk, then used in one of the last Miles Geminis, before being stored with other Gemini spares in Ireland. The owner was an engineer and carried out a top end overhaul on the engine as part of the deal. Once this was completed, I collected the engine and delivered it to Leicester for installation in my Aiglet Trainer. Time passed by and I acquired a Fairey Reed prop, engine cowlings and other bits and pieces, which Ron fitted. The original paint scheme was, to put it mildly, shabby, so to spruce it up the fuselage was re-covered and the aircraft painted in a white and blue scheme, similar to the one that it would have had when it came off the production line in 1954.

On 1 April 1988 I collected the aircraft from Leicester. At this time I had been flying Austers and other taildraggers for five years, but never the short span and heavier J/5L version. I soon discovered that the J/5L was harder to land than the other marks I had flown — it was a bouncer! Glide approaches made a smooth landing almost impossible and a dribble of power was needed almost until touch down. I did a few flights and slowly mastered it or, at least, appreciated its needs.

Three weeks after I collected the Auster, I decided to take it to the fly-in at Badminton. I had ‘phoned ahead with my ETA, as I had yet to purchase a radio, so knew I would be expected. As I flew overhead, I was surprised to see how many aircraft were already there, with many more in circuit. I duly tucked into the circuit and joined final, only to have a hoard of Tiger Moths cut in front of me. There was no option but to go around. Second attempt, but this time I found myself behind a FRED homebuilt, which was flying so slowly on approach, that with full flaps I was still gaining on him. “Here we go again”, I thought, opening the throttle fully. This time, instead of the usual Gipsy Major roar, all I got was a sort of puttery-putt noise and 1,500 rpm. Needless to say panic kicked in. Could I land beside the FRED? No. In front of it? No. There were still aircraft taxying in further up the runway. In the fields to the left of the runway? Well, there was already someone on their back there, so that didn’t seem a good option.

So what options were left? Well, the engine would only develop 1,500 rpm. With the flaps up, it could maintain 200 feet. I’d checked mags, fuel, carb heat, so I was stuck with an aircraft that would still fly and seemed to be able to maintain what height it had, but couldn’t gain any. All I could do was to try to fly another circuit. This I did very gingerly and, after viewing the tops of a line of oak trees very close up, I finally reached a point to turn finals. This time it was me that cut in. If you were the pilot of the FlyPast Pup at that time, sorry, but my needs were greater than yours!

I lined up and left the flaps up until the last minute, then we were down. With no power available to grease it on, I bounced. What do we do when it bounces? We add power to catch it. But of course I had none to add, so it effectively stalled at low height. The right wing dropped and the tip missed the ground by inches, then the left tip did similar. This was after the tailwheel hit, bending the springs as it did so, but then we were down and in control again. I taxied in with the engine sounding very rough and shaking the whole aircraft.

At first I thought a head gasket had gone, causing the trouble. Fortunately we managed to get a lift home and I left the Auster in the hands of an engineer local to Badminton. I was rather shocked when he ‘phoned me a few days later to tell me that it wasn’t a head gasket that had caused the loss of power, but the rocker assembly on number one cylinder that had fallen off. Not only had I lost the power of that cylinder, but the valves were now shut too, further reducing the power available. It would appear that the tab washers that prevented this from happening hadn’t been bent over, so with the vibration the nuts holding the rocker gear in place had simply unscrewed and chosen this time to fall off.

The paperwork indicated that all the engine work had been completed and inspected. Each of the engineers involved in the top end overhaul, fitting and testing the engine denied any errors. We got away with it with luck and the resilience of the old Auster. The engineer rectified the problem, but I made a point of asking him to check the other cylinders, which he assured me were okay. With the engine fixed and new tailwheel springs attached, a month later I flew it back to Gransden, so all was well in the end… well no, actually. Three months later I was flying with a friend’s son near Leighton Buzzard, when I suddenly lost power and the engine began vibrating. This time I was at 2,000 feet, so had more time to assess the situation.

The symptoms were the same as before, but I had enough height to reach Cranfield safely, which I did. ATC weren’t happy at me arriving unannounced, but I did point out that my passenger had been switching on and off the nav lights to alert them I had a problem. Anyway, when examined, it was a repeat of the Badminton episode and the ‘engineer’ there had also failed to check the other tab washers. In all, it was total negligence. Fortunately the engineer at Cranfield did a good job and I didn’t have any further problems in that area while I owned the aircraft.

I sold the Aiglet Trainer in 1993 and the syndicate that purchased it managed to put it on its back three months later, this time through no fault of engineers. It’s been on rebuild ever since, but has yet to grace the skies again. After my experiences, I was very careful who I let work on the Auster and treated ‘experts’ in any field with some scepticism. Where possible I check their work personally.

Do you have your own ILAFFT tale? Tell us your story in around 1,100 words and you could see it in print

ILAFFT – how a precautionary measure helped to potentially save two lives