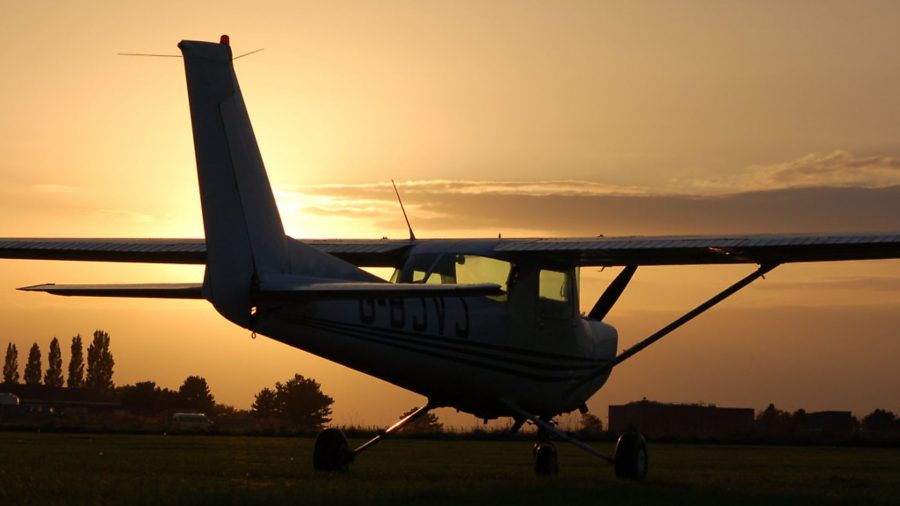 Useless things in an emergency: airspace above, fuel in the bowser, runway behind… and handheld still on the bar | By Roger Haverson 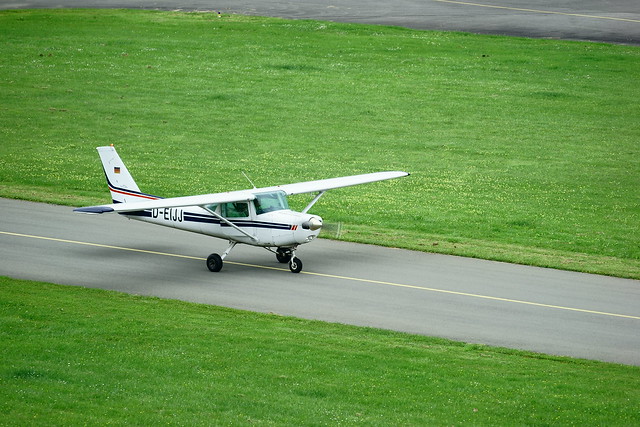 I’ve always been a gadget man. Back in the 1980s the very latest thing was a handheld transceiver.

I had to have one! As ever a suitable excuse for such wanton expenditure had to be found for the other half, but the C150 I shared with nineteen others flying from mid Norfolk only had one radio (just upgraded to 720 channels if I remember correctly – nothing changes), so we couldn’t risk a radio failure could we? I needed a handheld as a spare.

It was of course the wonder of the club, and was soon a semi-permanent fixture on the bar in its charger, positioned so the airfield owner, ensconced in his regular seat near the Draught Guinness pump, could hear what was going on in his fiefdom.

Now coincidentally it happened that said owner had recently visited the closing down sale at Hamble airfield and had returned with various kit, including some runway lights. Fast forward through some speedy approval work by our CAA and we were all busy getting our night ratings. 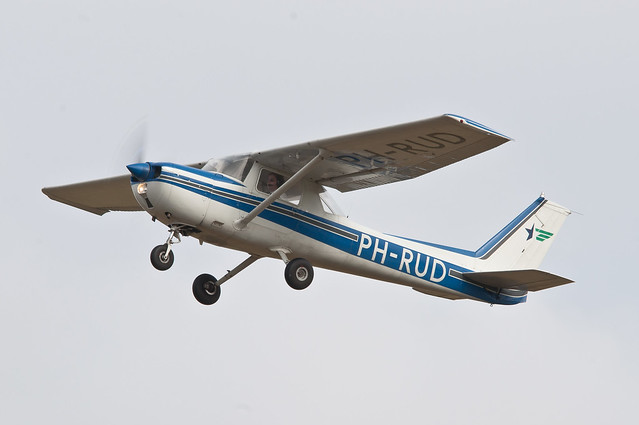 With about 100 hours in my logbook and a newly-minted IMC in my pocket, I was first in line. In April we all cheated a bit; start at the moment of ‘official night’, get the pre-flight and first circuit done in the gloaming and merge gently into the moonlight.

I flew five circuits with my instructor, all full stops with all the checks every time, particular attention to the ammeter. Runway lights on, lights off, VASIs on and off, no landing light etc. All went well.

The next exercise was a short solo cross-country, out of sight of the airfield and back again to join and land. We just flew to the coast and back.

Not difficult from central Norfolk: any heading over a 200 degree arc will end up over the watery stuff and is easy to see at night, and it’s decades prior to the massive rise in air traffic over East Anglia (joke!) that made the Norwich controlled airspace a necessity, so no one particularly to talk to. 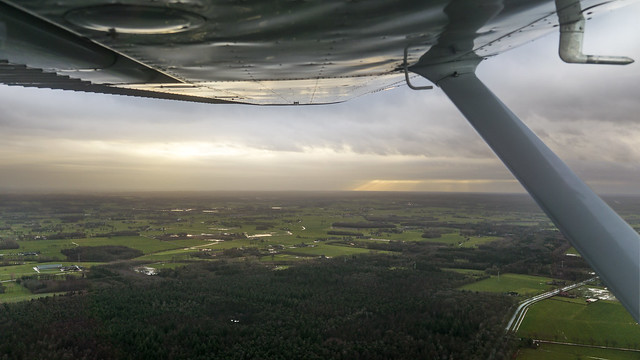 I set off heading north. The weather was fine, a few clouds at 1,500 feet, brilliant vis (always better at night), engine running faultlessly, the chatter of my instructor with his next pupil in the circuit in my headphones… what could go wrong?

Well, nothing at first. The silvery line of the North Sea appeared on cue, nothing to see over the naturist beach at Holkham, so time to turn back.

It seemed to have gone rather quiet. Perhaps Robyn had finished with his pupil, no other circuit traffic and everyone in the bar. Actually it seemed a bit darker now. What was happening to the instrument lighting? It’s really quite dim in here. Panic look at ammeter with torch and, yes, a healthy discharge.

So, an electrical failure at night 1,500 feet over the Norfolk coast. 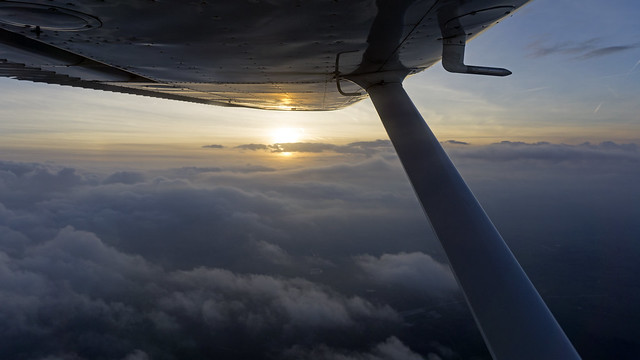 I turned back towards base, turned off everything electric I could think of and tried not to panic! I knew where I was, in my own patch, and the weather and other aircraft systems were good.

I even had a standby radio, fully charged. Well, I would have had if it wasn’t still on the bar.

Damn! The airfield soon came up.

Two thousand feet now to get a bit more time if anything else goes quiet, and into the overhead. There are the runway lights shining out, and the lights of Robyn in a PA-28 bashing the circuit. Turn the radio on, no joy. 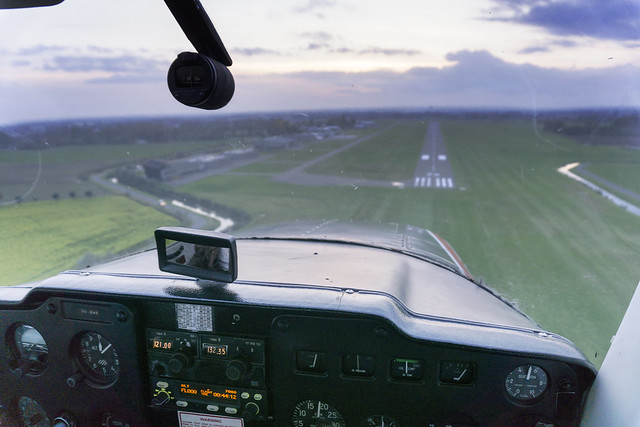 Oh for a handheld. I figured, I was in a high-wing, he was low-wing, so stay high for his best chance of spotting me. I waited for him to backtrack for another circuit and, as he rolled, I pushed the nose down and joined downwind, but high(ish).

I turned on the nav lights, anything better than nothing, and could just see the instruments with help from the torch in my mouth.

Turn base, try the flaps. A groan from the flap motor, so it’s going to be flapless. Short final, over the farm silo conveniently positioned just before the threshold of 02, but with a very bright red light. Try the landing light, no good. Thank heavens for the practice earlier in the evening.

Not a bad landing, considering. I taxied past the Tower to the hanger, much to the surprise of the radio operators who were not expecting a blacked-out 150 to pass their window. The PA-28 never did see me. A broken wire from the alternator was soon sorted the following day, and normality restored.

I’ve just taken delivery of a brand new 8.33kHz handheld, as ordered by the authorities. I’ve still got the old one, complete with Guinness stains, but it’s going off on the scrappage scheme, probably to some sub-equatorial airspace where it will continue to give good service… provided the new owner doesn’t leave it behind when it’s really needed.

I still fly and now solely own a C150. If I got a similar failure today I would be able to navigate home in the comforting glow of two mini iPads with SkyDemon, and a rechargeable GPS, with the comforting thought that the nearby controlled airspace would know (or at least would have known) exactly where and who I was thanks to Mode S and ADS-B.

Oh, and an 8.33kHz handheld in the seatback pocket!

But I still wouldn’t be able to get the flaps down.