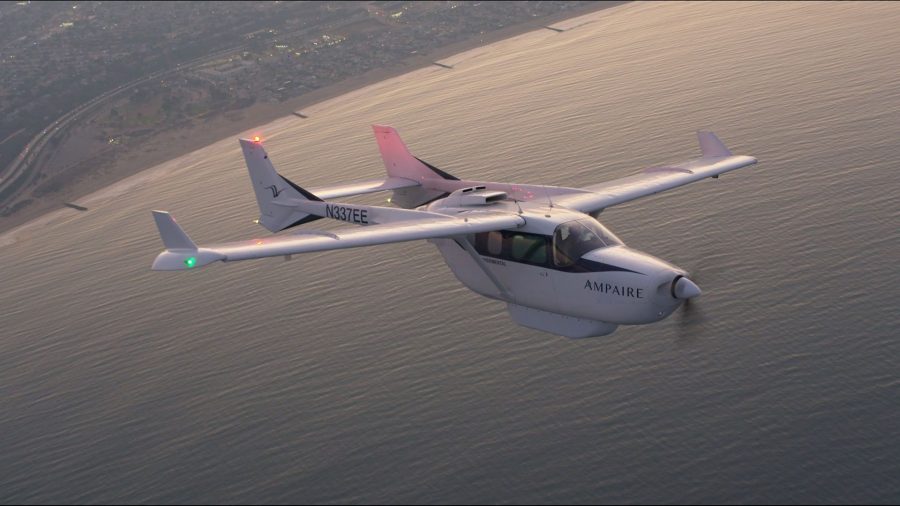 American start-up Ampaire is bringing its hybrid-electric testbed aircraft to the UK. The aircraft, a heavily modified Cessna 337, will fly a series of demonstration flights in two locations: the Orkney Islands and Exeter in the south-west of England.

The flights are intended to demonstrate the viability of Ampaire’s hybrid-electric propulsion system for smaller, regional aircraft. In the Orkneys, the aircraft will participate in a programme called SATE –
Sustainable Aviation Test Environment – which is supported by the UK government’s Future Flight Challenge. Regional airline Loganair is understood to be interested in the demo, as Ampaire has revealed it is working on a hybrid Twin Otter. Loganair already operates Twin Otters on some routes in the Scottish islands.

The second part of the UK tour is in England’s south-west, where the Ampaire hybrid aircraft will fly between Exeter and Cornwall, currently an unserved route that, according to the company, would ‘become more feasible with lower cost hybrid-electric propulsion’.