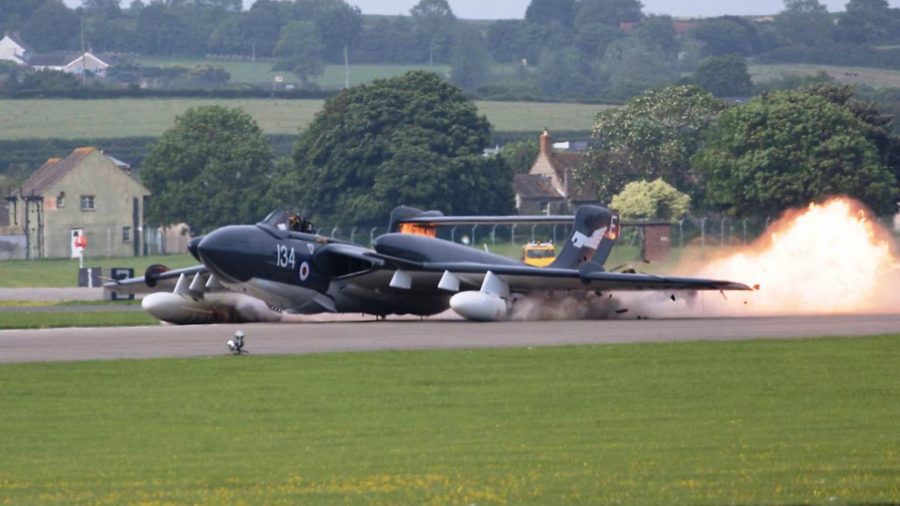 Following the emergency landing of Sea Vixen G-CVIX XP924 at RNAS Yeovilton on 27 May, Navy Wings is urgently seeking a ‘white knight’ sponsor to save the aircraft and restore this unique and nationally important naval heritage fighter to full flying condition.

Unfortunately the structural damage to the airframe is more serious than first thought. This includes cracks on both tail booms, warping of the main bulkheads in the engine compartment and major damage to the gear box. The important factor here was speed of landing. The Sea Vixen suffered a major hydraulic failure of both systems and the pilot, Commander Simon Hargreaves was unable to lower the flaps along with the undercarriage. This necessitated a high speed, shallow touchdown and the energy transferred itself through the airframe.

Assessors estimate that it could take between three to four years and cost £2-3m to get her flying again. A white knight is needed in the next month who would be prepared to come to the rescue and underwrite these costs and save the last flying Sea Vixen in the world, recognising her uniqueness and value to the Nation’s naval aviation heritage.