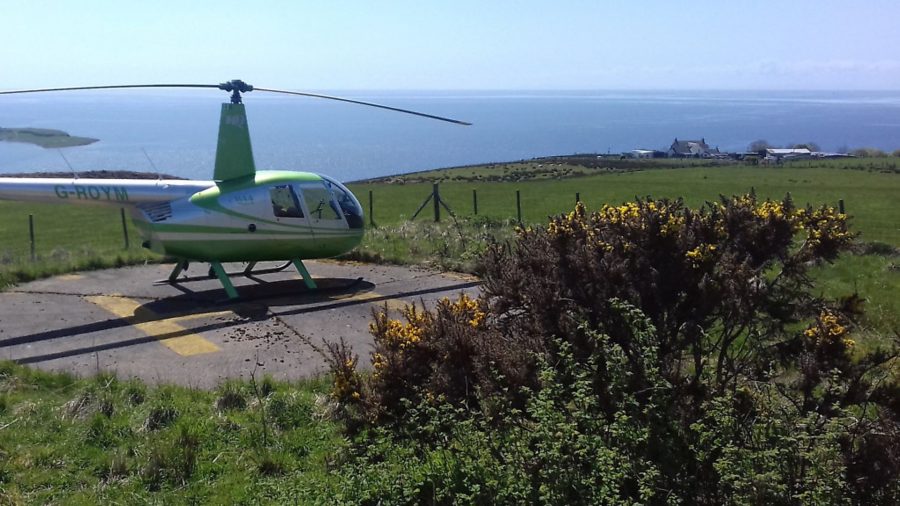 The brewery has planning permission to build a terminal on the site of their heliport in the South of the Island of Arran above Kildonan.

Managing Director Gerald Michaluk, a helicopter pilot himself, said: “It is great to see our first visitors arriving by helicopter we are hopeful more will follow when it is known we have the facility available.

“With the new distillery opening in the South of the Island this will be an ideal facility for visitors to both the brewery and distillery. We plan to begin ground works on the new terminal this summer”.

Asked if this was a prelude to a regular helicopter service between Arran and the mainland Gerald said: “We have no plans in this regards but will be offering site seeing tours through our sister company HJS helicopters at some point in the future.

“The regulations regarding flying helicopters over water are quite restricting, if affordable helicopters are to be used, but never say never”.

The Arran Brewery is allowing free landings with prior notification and fuel will be available on site after the terminal is complete.

The terminal will consist of a passenger lounge and crew room as well as offering a Radio Service for arrivals and departures.

Those wishing to use the heliport should contact the brewery on 01770 302353 prior to arrival.

Keep an eye out for the July issue of Pilot Magazine where we will be testing the latest light helicopter, the Bell 505 Jet Ranger X