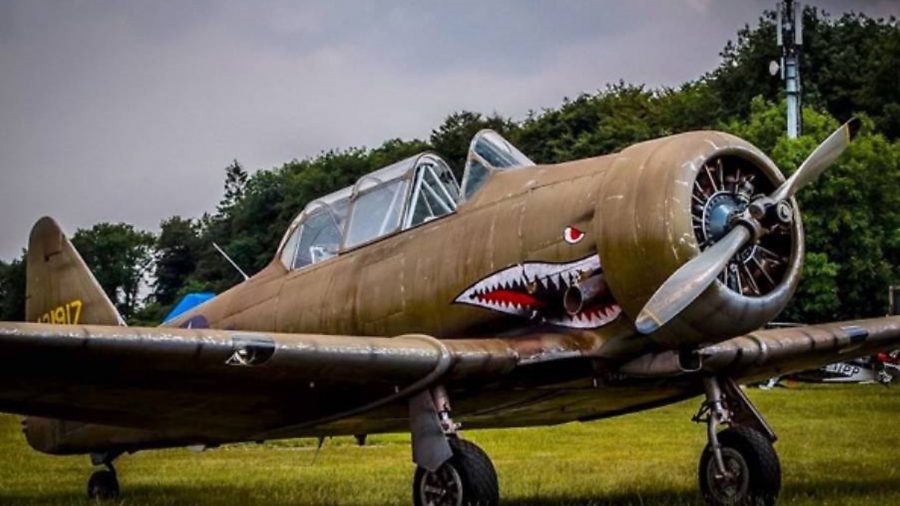 The programme saw the Warbird costumed in quite a different livery for filming and they had a multitude of names suggested, including the inevitable ‘Planey McPlaneface’.

However, they are very pleased to announce Mr Jim Dunkley from Sywell, Northamptonshire, as the winner of the flight with his suggestion of ‘Devil Dog’.

Every year Jim and his wife travel down to Dorset for a holiday but 2019 was the first time they popped into the airfield café after his wife prompted him to stop for a coffee on the way home.

His wife was also the one who noticed the competition entry postcards and once home, he got to researching what would make a great name for the vintage beauty.

As Jim knew, ‘Devil Dog’ is one of the nicknames for a US Marine and as the Warbird is normally sporting the US Marines insignia, it makes an excellent choice.

They are very much looking forward to welcoming Jim and his wife back to the airfield for his flight above their beloved Dorset countryside.