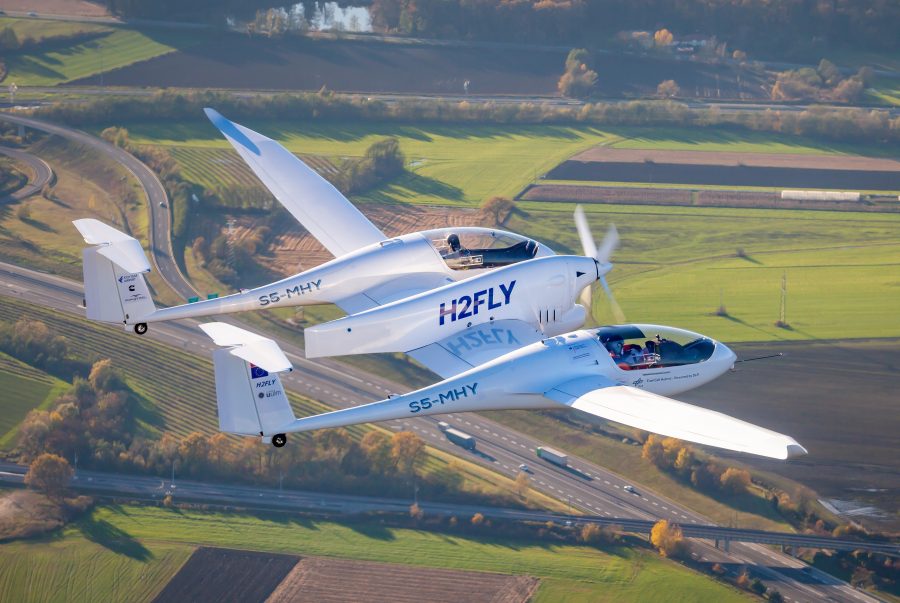 H2FLY, the Stuttgart-based developer of hydrogen technologies for aircraft, has announced that its demonstrator aircraft, the HY4, set a new world record for hydrogen-powered passenger aircraft by reaching an altitude of 7,230ft. The HY4 also flew seventy-seven miles between Stuttgart and Friedrichshafen on 12 April, the first time a hydrogen-electric passenger aircraft has been flown between two major airports.

The aircraft flew to Friedrichshafen to be part of AERO 2022, where it was presented to the public for the first time. Testing of the HY4 had previously taken place exclusively in the test area around Stuttgart Airport, which is a long-term partner of H2FLY and plays a key role in supporting the company with its infrastructure.

The progress made by H2FLY is significant for the development of sustainable regional airliners. Based on the results obtained so far, the company believes that it can scale up the power of its hydrogen propulsion system to 1.25 Megawatts, or 1,676hp (for comparison, the Beechcraft 1900D has two engines producing 1,280hp each). For this purpose, H2FLY is now working with Deutsche Aircraft on a hydrogen-electric-powered Dornier 328 regional airliner, which could carry forty passengers.