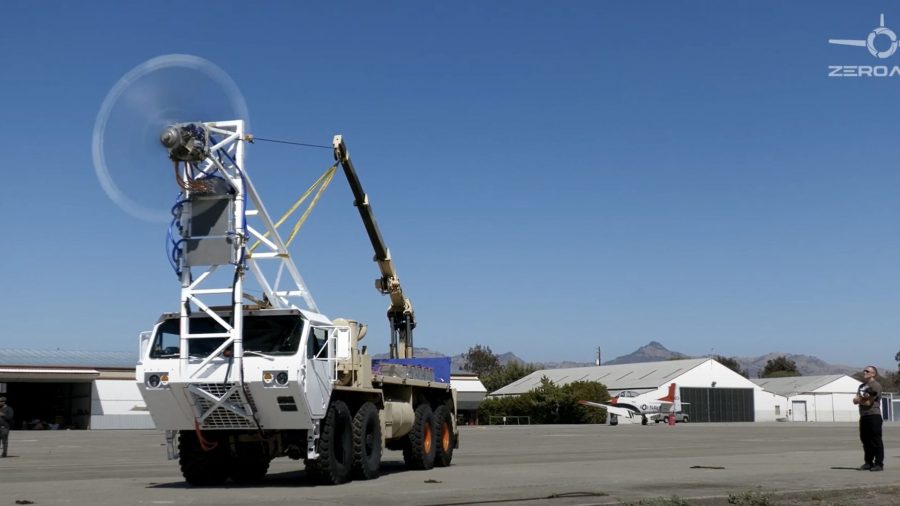 After launching its 600kW (816hp) powertrain last year, ZeroAvia has now completed the first high-power tests of the system.

The ground tests, which saw the powertrain pull a fifteen-ton testing platform across the tarmac, represent a significant step towards the first flight of the company’s nineteen-seat prototype.

The aircraft, based on a Dornier 228 may make the first flight later this year from ZeroAvia’s UK facility at Kemble.