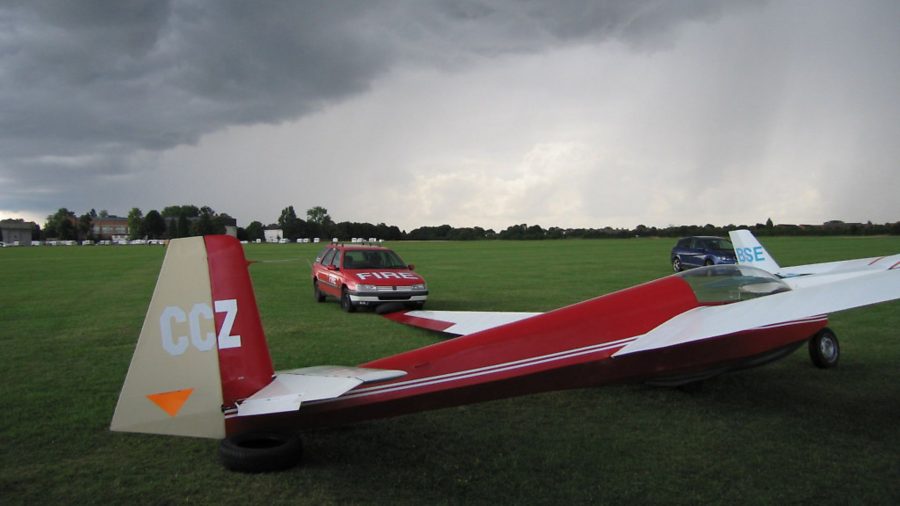 Although the Windrushers Gliding Club has moved out of Bicester airfield, the company that now runs the aerodrome ‘will maintain glider and powered flight’ at the site, according to its managing director, Dan Geoghegan

The all-grass Bicester airfield, one of England’s oldest and best preserved RAF sites, is being developed by Bicester Motion, a subsidiary of Bicester Heritage, which has created a classic car industry hub in the restored ex-RAF buildings.

Geoghegan insists the gliding club could have stayed, but ‘never entered into any formal engagement, instead making a swift and resolute decision to not take up our offer to continue its activities’.

According to Reid, “Windrushers Gliding Club moved out of Bicester because, in December 2019 – and just a year after a six year lease had been signed – Bicester Motion gave notice that its lease was to be terminated with effect from the end of July 2020.

“This was a great shock to the club, particularly as it had, in good faith, spent a large sum of money fitting out new premises before the lease had even been signed. Requests to extend the lease for a period of renegotiation were ignored and no terms for a new lease were offered.

“Bicester Motion said it would operate the airfield and would require the club to book in advance for the days on which it wished to fly. As gliding is very much predicated by the weather, this alone would make operation unviable.”

The club took legal advice and eventually, “with great regret”, accepted that it had no alternative but to vacate on 30 June, ending 64 years of intensive gliding activity at Bicester.

A small number of private glider owners remain at the site, aerotowing from two compromised, designated runways until 31 March next year.

“An unintended, but completely foreseeable side-effect of changing from the historic, omni-directional layout to designated runways has been an increase in noise complaints from neighbouring villages,” observes Reid.