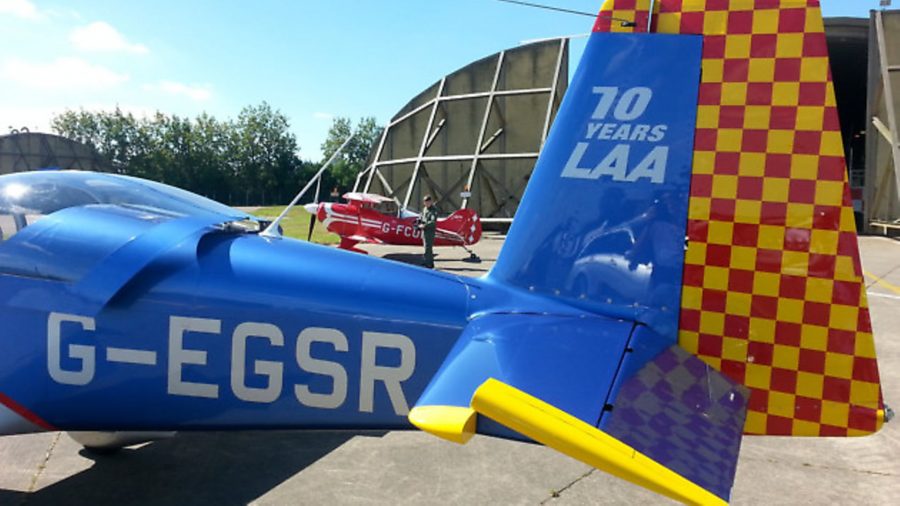 For one weekend, a small aerodrome near Northampton will become busier than Heathrow

As the Light Aircraft Association (LAA) is celebrating its 70th anniversary in 2016, their annual fun-filled rally at Sywell Aerodrome promises to be extra special. There will be hundreds of aircraft on display, a Guinness World Record attempt and a bold construction project.

What’s more, Pilot magazine will be there – we have a stand with special show offers, so make sure you come over and say hello!

Over Britain’s largest ‘fly-in’ event, which runs from Friday 2 to Sunday 4 September, up to 1,000 light sport aircraft are expected to land at the Northamptonshire airfield. This will give a unique opportunity to see aircraft of all shapes and sizes up close, talk to aviation enthusiasts from far afield and experience a bustling aerodrome busier than most airports.

This is where the world record attempt comes in too. On the Saturday afternoon, the LAA are aiming to see more than 100 take-offs in a single hour as visiting aircraft set off for home. Come and count along to see if they can get the record.

As for the official displays, the LAA are both looking back over the last seven decades and forwards to the future, from the Flying Flea of the 1930s (one of Britain’s first amateur-built aircraft) to the six new aircraft debuting at the rally. One of these is the Archon, a miniature ‘stealth fighter’ seen for the first time in the UK.

The LAA rally is all about ‘Flying for fun’ and nowhere is that better typified than with the aircraft building you can enjoy. There are the two Schools Build-A-Plane projects on display – aircraft constructed by secondary school students from Goole on Humberside and the West Midlands.

Then there is arguably the highlight of the weekend – LAA volunteers have been challenged to build an aircraft from a kit in just seven days. They are already hard at it, and the plan is for the finished aircraft to make its maiden flight on the final day of the rally.

Admission to the rally costs £12 for non-LAA members arriving by road, with free parking offered. It’s £10 if you’ll be making your way by air. If you’re planning on being one of them, check the instructions on the LAA website.

Aircraft building, speakers, music, a bar and restaurant and a mighty fleet of all kinds of aircraft – plus the chance to meet us lovely people at Pilot – will all help the LAA celebrate their 70 years. We hope to see you there!