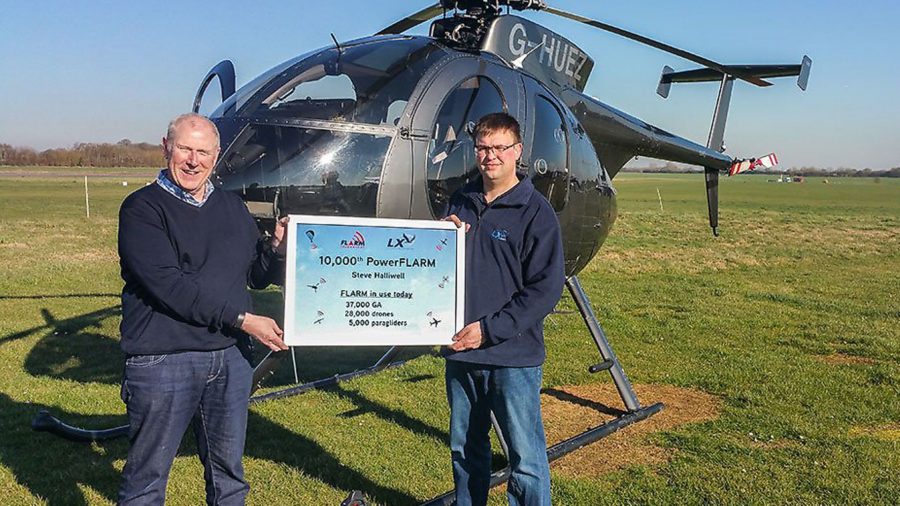 FLARM Technology, the company behind the successful collision avoidance system for General Aviation, today announced that it has delivered the 10,000th PowerFLARM system to a UK customer

Since its invention in 2004, nearly 40,000 FLARM systems have been installed in all types of manned airplanes and rotorcraft. PowerFLARM was introduced to cater to the demands of powered airplane and helicopter pilots.

The 10,000th PowerFLARM customer was Steve Halliwell from Manchester. He installed the PowerFLARM system in his Hughes MD 500 helicopter to be able to avoid other light aircraft and obstacles.

When once flying his helicopter in a mountainous area, he was within 100 ft of colliding with another aircraft head-on. Next time something similar happens, the PowerFLARM will give him a timely collision warning so he can avoid a collision without a scare.