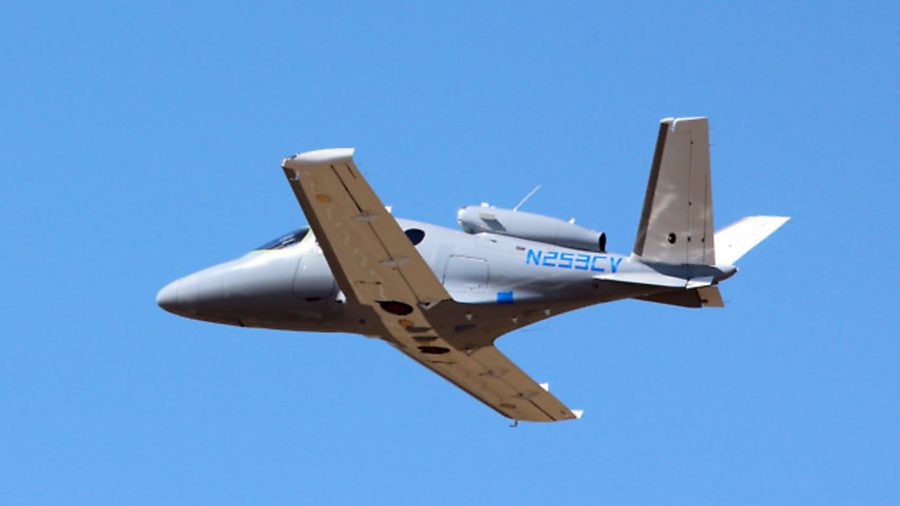 The first production Cirrus SF50 Vision Jet flew from the manufacturer’s Duluth, Minnesota, facility on 5 May, as the Federal Aviation Administration certification programme enters its final phase, nine years after the project was started. The three previous production-conforming aircraft have completed over 1,000 hours of flight testing since the first flew in March 2014.

Cirrus holds orders for more than 550 Visions, some 80% of which are from those who own or have owned its piston-engine SR-series, and most from the US, with around 15% from European buyers. The company expects to produce fifty aircraft in the first year after certification, increasing to 100 per year thereafter

Meanwhile, Cirrus has been carrying out tests of what it says is the Vision’s most demanding feature: its ballistic parachute recovery system. “It was the part of the programme that probably offered us the biggest challenge,” say Vision Product Manager Matthew Bergwall. “There were really no rules to follow. Along with design and deployment challenges, we also had to look at the touchdown phase, designing seats to absorb the loads created by forward and vertical velocity components. We ended up looking at helicopter regulations for the chute landing.”

The Vision’s airframe parachute is three-times as large as the piston-engined SR22 and SR20 Cirrus Airframe Parachute Systems (CAPS), and deploys from the nose instead of tail unit. The deployment sequence starts with the pilot activating the ‘chute via two independent actions (the SR20 and SR22 have a single mechanical ‘pull handle’ in the cabin headliner). The autopilot will then attempt to put the aircraft in the 67-160kt permissible speed range for deployment. A car-type airbag fires first, carrying the parachute package up and over the Vision’s dorsal engine and V-tail, then a rocket fires to inflate the canopy. Cirrus has carried out an ultimate load test on the parachute, proving that it can carry the aircraft’s maximum weight of 6,000lb plus 3,000 lb.