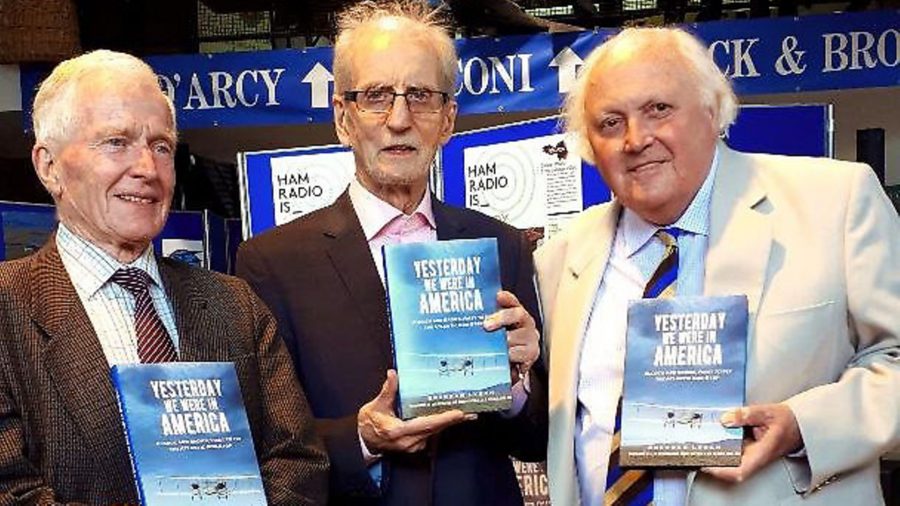 Alcock said: ‘It’s a great honour to be here, where the fliers landed after their 16-hour flight from St. John’s in their open-cockpit Vimy plane. And it’s wonderful to see them being honoured here while in England their achievement has been so sadly neglected.’

Tony Alcock also launched a special History Press centenary edition of Brendan Lynch’s Yesterday We Were in America. He said: ‘This is the most accurate and atmospheric account of my uncle’s trailblazing 1919 flight with Arthur Whitten Brown. More than any other writer, he has got inside the minds of the fliers, the sacrifices they made, the dangers they endured.’

The Clifden celebrations of the first 1919 Atlantic flight included Air Corps flypasts, marches, the army and Garda bands, art and memorabilia exhibitions, and the launch of a centenary stamp.

Also among the guests was Anthony Kilmister, the last surviving friend of Arthur Whitten Brown, and pilot Clive Edwards from Brooklands, where the transatlantic Vickers Vimy was constructed.

Signed copies of the new book may be obtained from brendanlynch20@yahoo.ie