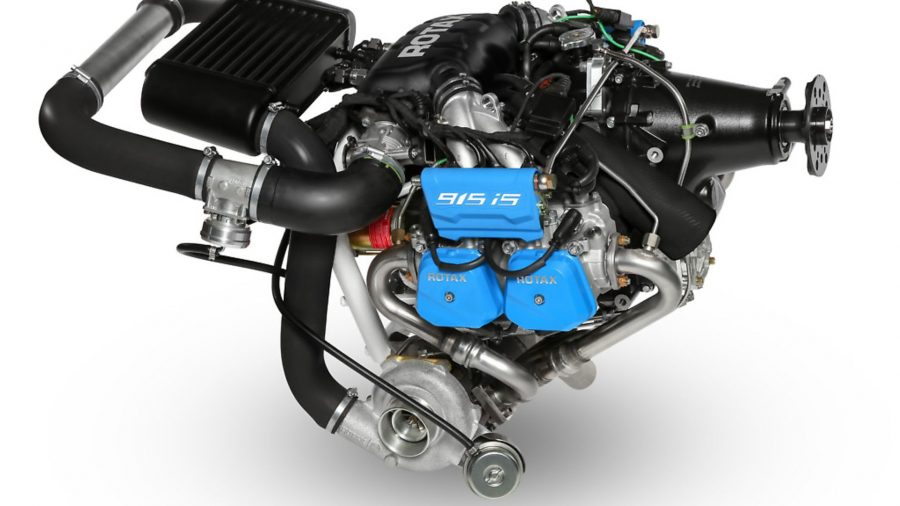 During the US Sun ’n Fun expo, BRP announced that the maiden flight of the Rotax 915 iS aircraft engine was made on 12 March at Wels airfield, Austria.

The 915 iS is a four-stroke, four-cylinder turbocharged aircraft engine with intercooler and a duplex fuel injection system which is scheduled for serial production second half of 2017. Prior to its first flight test, the engine had accumulated more than 3,000 operating hours on the test bench up.

“Selected original equipment manufacturers (OEMs) will receive pre-production engines as of August 2016 to be installed into their respective airplanes,” said Marc Becker, sales manager, Rotax Aircraft Business. In total more than forty aircraft manufacturers have confirmed their intention to use the Rotax 915 iS as designated power plant.

The target market will be high performance two-seater and four-seater aircraft, small helicopters and larger autogyros. This more powerful 135-hp Rotax aircraft engine offers a lot of benefits for the pilot, claims Rotax. The new engine promises best power-to-weight ratio in its class, full takeoff power up to 15,000ft, an operating ceiling of 23,000ft, better fuel efficiency due to the electronic fuel injection concept, and lower operating cost. It is also said to offer ease of use.