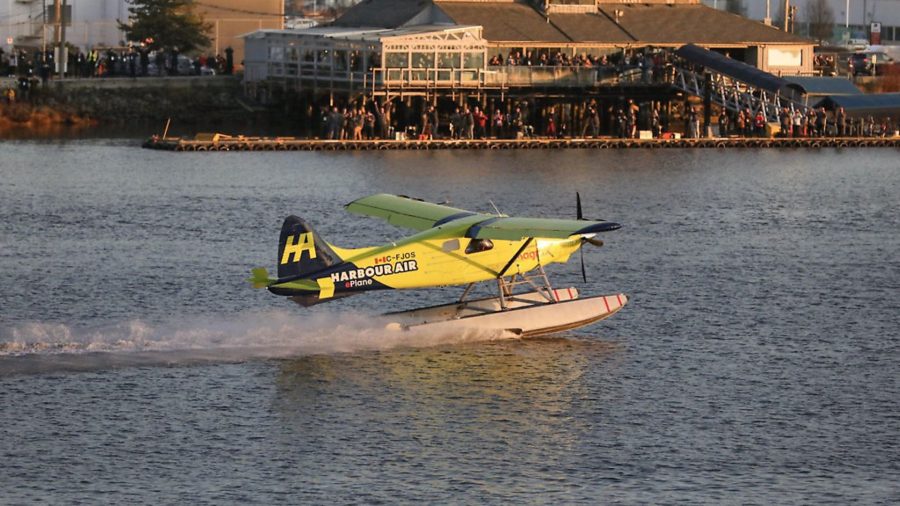 The company has committed to converting its entire fleet of forty aircraft to electric power, and has joined forces with Seattle-based magniX to develop a suitable motor.

The magni500, which was unveiled at the Paris Air Show in June 2019, is a ‘high power density electric propulsion system that provides a clean and efficient way to power airplanes’.

“Today, we made history,” said Greg McDougall, CEO and founder of Harbour Air Seaplanes, and pilot for the trial flight.

“I am incredibly proud of Harbour Air’s leadership role in re-defining safety and innovation in the aviation and seaplane industry. Canada has long held an iconic role in the history of aviation, and to be part of this incredible world-first milestone is something we can all be really proud of.”

According to Canadian TV channel CTV News, the trial flight lasted three minutes. The batteries that powered the 62-year-old Beaver are NASA-approved lithium-ion batteries that were also used on the International Space Station.

They can provide about 35 minutes of flying time and the hope is that, as battery technology improves, they will power a one- or two-hour flight.

However, according to the CEO of magniX, Roei Ganzarski, fossil fuels still offer fifty times the power density than batteries, meaning that a 50kg battery contains as much energy as 1kg?around 1.3 lit?of avgas.

Rolls-Royce, Boeing and Airbus are among the major manufacturers that have been putting significant effort into developing electric motors and aircraft, and investors hope that technological advancements and economies of scale will result in batteries closing the efficiency gap with conventional fuels.

Following the successful test flight, Harbour Air claims it will have the electric DHC-2 certified within two years.