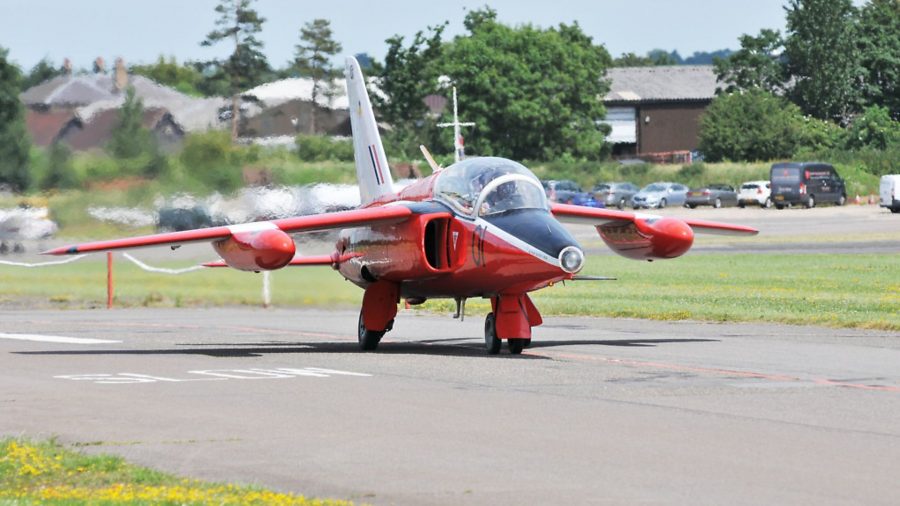 The Heritage Aircraft Trust operates a small fleet of Folland Gnats – the light jet fighter and training aircraft made famous around the world by the Red Arrows – through a trust via a limited company. The group are on the lookout for a couple more trustees to share the flying fun, and even become display pilots.

Running and maintaining the jets is hugely expensive so the numbers are big. A new trustee has to bring with him or her £75,000 which will be put into the trust. Then there’s a monthly fee of £2,500 to cover hangarage, maintenance and all other standing costs including engineer Peter Walker who is the most experienced (he’s ex-RAF) Gnat engineer in the world and a couple of apprentices.

Pilot contributor Colin Goodwin was invited by Heritage Aircraft to North Weald to fly one of the aircraft with trustee and display pilot Edwin Brenninkmeyer. ‘So different from anything else that I’ve been in or taken control of,’ he writes in a feature to appear in the September edition. ‘I’d imagine that flying in formation with another Gnat would be the ultimate buzz’. Gnat flying undeniably involves large sums of money, but ‘not so outrageous when compared to other extreme adrenaline hobbies – running a classic Formula One car for example’.

Any pilot with a serious interest in becoming a trustee and flying the Gnat is invited to make contact through the trust’s website gnatdisplayteam.org