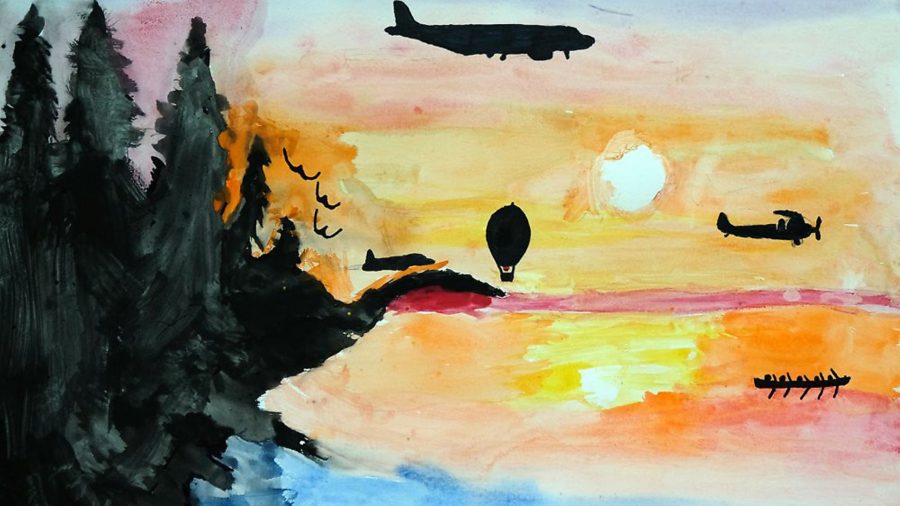 “The theme ‘flying, yesterday and tomorrow’ proved a challenge for many of our young artists,” says organiser Anne Hughes.

“But over seventy imaginative entries for the international competition were received at Light Aircraft Association headquarters by the end of January”.

This is the third year that the LAA have facilitated the contest for the UK.

After much discussion, first, second and third place winners were chosen from the entries in each age group, a flight in a light aircraft, funded by the LAA, being awarded as first prize in each category.

The winning artwork will now be sent to the FAI in Switzerland as UK entries to the international competition.