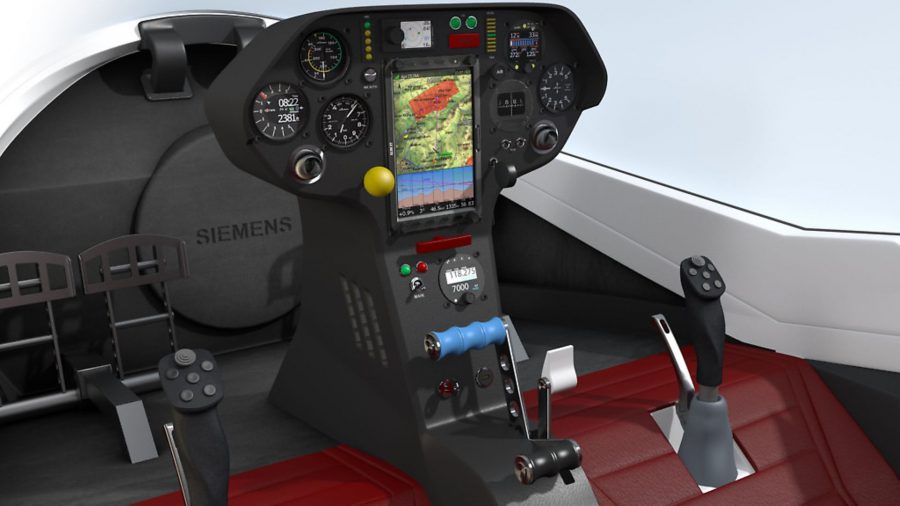 Motorglider manufacturer Stemme has announced improvements to its new Elfin20.e, an electric self-launching glider aircraft currently under development. The battery capacity has been increased by 50%, with the addition of a third 10.5kWh battery pack, meaning the aircraft can take off and fly for 2.5 hours on pure electric power. When soaring the propeller blades are retracted into the spinner to reduce drag.

In addition, a second version of the Elfin, the Elfin20.ex, has been fitted with a combustion engine ‘range extender’. Although Stemme originally mounted this under the wing in an external pod, the location has now been changed to the same place as the optional third battery, reducing both aerodynamic drag and weight. The changes have increased range by 10% to 600nm at 100kt. The range extender is an avgas-fuelled Austro Engine AE 50R rotary engine, mounted in the rear fuselage and fed from a pair of 45 lit fuel tanks in the wings. It drives an Emrax generator, which charges the batteries while airborne.

The Elfin20.e looks quite similar to Stemme’s existing Rotax-powered S10 and S12 motor gliders, previously tested by Pilot, but has been thoroughly re-engineered for electric propulsion.