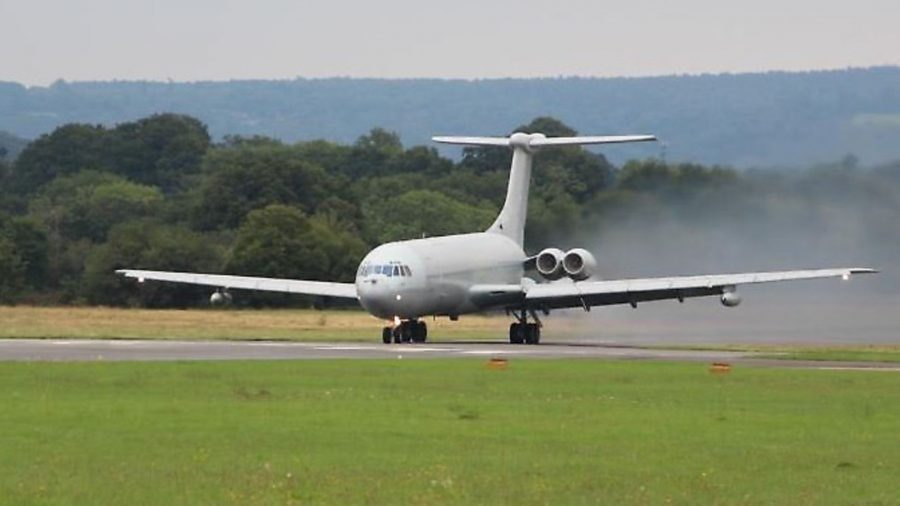 ‘ZA150’ was the very last VC10 of 54 built at Brooklands in the 1960s and was one of the last two to fly with the RAF from Brize Norton in Oxfordshire. On its retirement in September 2013 it was acquired by Brooklands Museum and flew in to Dunsfold, where a team of dedicated volunteers maintains it in running order.

As well as seeing the low speed taxying demonstration, visitors will be able to tour inside the aircraft including the cockpit, chat to the VC10 volunteers and see for themselves how it was converted from a commercial airliner to an air-to-air refuelling tanker for the RAF. The timetable for the day is as follows:

12.30 onwards – afternoon session ticket holders may arrive from this time

13.45-15.30 Visits on board the aircraft – afternoon session ticket holders

Entry to Dunsfold Park is by pre-purchased ticket only with the option of morning or afternoon sessions for access on board, with the demonstration run at around 13.00. Tickets are available from the Brooklands Museum website: www.brooklandsmuseum.com or by visiting the Museum Shop and are priced at £10 for adults, £5 for children.

It is also hoped that the Reg Day Memorial Museum at Dunsfold Park will be open on the 10th March. This houses a remarkable collection of World War Two memorabilia concerned with all that happened during World War Two on the airfield.

The VC10’s graceful ‘T-tail’ and four rear-mounted Rolls-Royce Conway engines made it one of the most distinctive and elegant aircraft of its era. Only the supersonic Concorde amongst airliners was quicker, and the VC10 remains the fastest subsonic airliner across the Atlantic. With its quiet, spacious cabin and exceptional performance, the VC10 was a favourite of passengers and crews alike, fully justifying its epithet of Queen of the Skies.

The aircraft is one of three VC10s that form part of the Vickers fleet owned by Brooklands Museum. On the Museum site in Weybridge, Surrey is the Sultan of Oman’s VC10 which His Majesty Sultan Qaboos bin Said al Said most generously donated after the aircraft went into retirement in 1987. It quickly became and remains, one of the most popular exhibits in the Museum’s collection as it retains its luxurious gold-highlighted interior. Also on the Museum site is the fuselage of VC10 G-ARVM “Victor Mike”, which has been restored inside to commercial passenger jet standard, along with a special exhibition and video presentation charting the unique legacy of this aircraft