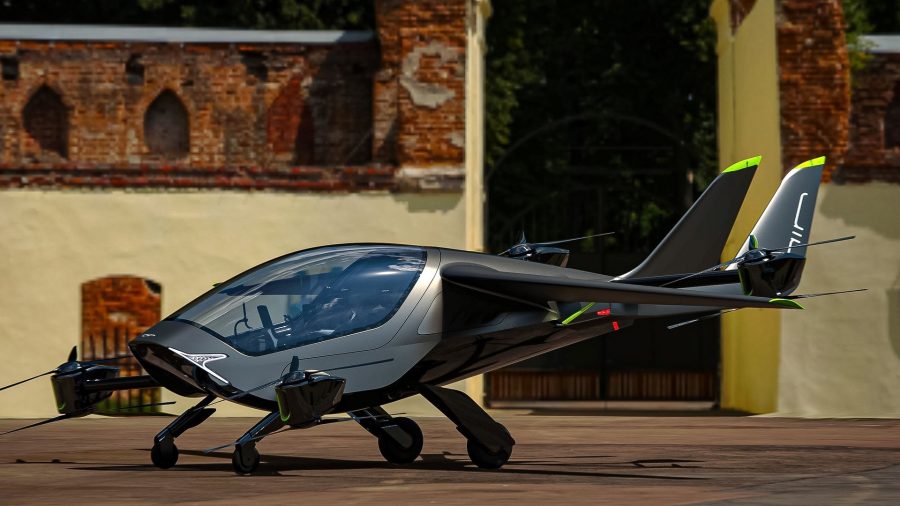 An Israeli company has announced that it is developing an eVTOL (electric vertical takeoff and landing) aircraft that is specifically intended to be flown by owner-pilots.

Touted as a ‘sporty, easy-to-operate’ machine ‘designed for individual consumer ownership’, the AIR One is expected to have a range of 95nm on a single charge and to be able to fly at up 135kt, with a flight time of one hour. It has folding wings to facilitate parking and can take off and land from any flat surface.

Although AIR doesn’t claim that its eVTOL can be flown by anyone, it does say it has ‘fly by intent’ software to manage complex functions and navigation, ‘so that usage isn’t restricted to highly skilled pilots and trained professionals’. AIR says that it is already accepting orders, even though the aircraft’s price will not be set until 2022.

Commenting on the announcement, AIR’s boss and co-founder Rani Plaut said: “The future of mobility is in the sky, but to get there we need to build consumer confidence in eVTOLs as a legitimate mode of everyday transport and develop vehicles on a mass-scale to bring that vision to life. AIR ONE is our hat in the ring”.

Last month (see ‘Notes’, December 2021 issue) a Swedish company announced the launch of the Jetson, another ‘personal eVTOL’ with a more limited range (twenty minutes of flying at 50kt) compared to the AIR One.