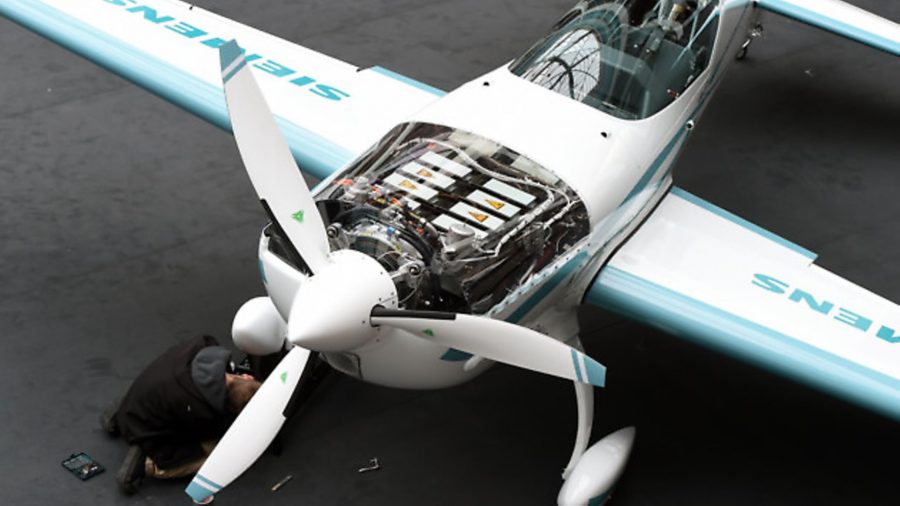 Rated at 230kW continuous/260kW takeoff, the Siemens motor gives the aerobatic machine an impressive claimed power to weight ratio. Elsewhere among the new motors, engines and types on display were the Bücker & Funk BF139 Clubman, a new ‘retro style’ two-seat ultralight powered by a radial engine and, in the flesh (last year we saw only a mock-up), the HondaJet.

Sporting unusual over-wing engines, Honda’s long-awaited bizjet has a spacious and quiet cabin that is said to ‘guarantee first-class comfor’t. It boasts the fastest cruising speed in its class while consuming significantly less fuel than other light jets. (Look out for a flight test soon in Pilot magazine.)

Rotary-wing enthusiasts were also treated to much novelty, the aircraft on show including the Thuringian edm aerotec. A two-seater, it fits into the new ultralight helicopter class that is expected to be introduced in Germany.