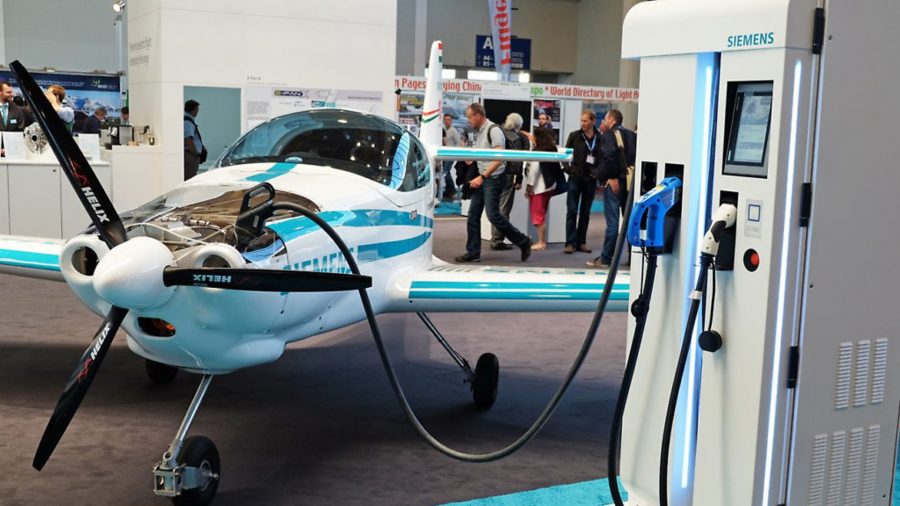 Taking place over 18 to 21 April, AERO has this year drawn 630 exhibitors from 38 countries. The e-flight-expo is also taking an increasingly prominent role, a small number of electric-powered aircraft including the Pipistrel Alpha Electro already being in production. Indeed, in an ‘e-flight’ demonstration prior to the show opening to the public, several aircraft put in the air, including what is claimed to be the world premiere of a hybrid airplane.

One of the stars of the show, Magnus Aircraft’s eFusion is a new two-seater from Hungary that is propelled by a Siemens eAircraft electric motor and powered by batteries made by the German company. The hybrid drive version of this aircraft, powered by a combination of an electric motor and a Smart-ecofly diesel engine, made its first flight only days before AERO.

Catching the Pilot team’s eye, one of the most unusual among many unusual aircraft at Friedrichshafen was the huge-span, multi-engined (and also rather elegant) Lange Research E2. Based on a sailplane, the E2 sports no fewer than six electric motors, pod-mounted above the wing in a fashion that reminds one of another German design, the fabulous and long-lost DoX flying boat.

Power comes not from batteries but a fuel cell. The aircraft, used for research or surveillance purposes, can fly manned or unmanned and is intended to stay airborne for up to forty hours, all while staying (it is claimed) CO2 neutral. It is expected to take its maiden flight in summer.

Closer to the existing world of training aircraft, Piper Aircraft announced on the first day of AERO that they have selected Continental’s new CD-170 diesel, fuelled with Jet-A, to power the Piper PA-44 Seminole.

“Our experience with the Archer DX convinced us and our customers that we could deliver the best twin-engine training platform using the Continental Jet-A engine. We are extremely happy with the collaboration with Continental Motors. As the undisputed leader of Jet-A engines in general aviation they understand perfectly the pilot training market and our own needs,” said Simon Caldecott, CEO of Piper Aircraft.

One new attraction at this year’s AERO is the Flight Simulator Area for professional pilot training. It was nice to see a British presence, in the form of the Popham-based C42 Sim, now being marketed by aircraft manufacturer Comco Ikarus.

Further Pilotweb updates to follow – a full report of the event will appear in the June issue of Pilot magazine.