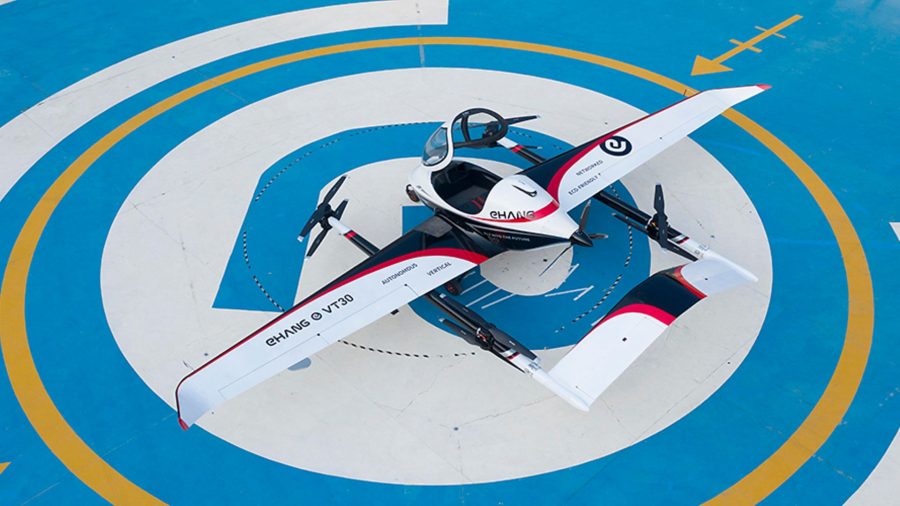 Controlled with a fly-by-wire system, it features eight lift rotors operating in pairs on each side and a pusher propeller. The VT-30 has a projected range of 162nm (300km).

Commenting on how this new aircraft fits in with the existing line of AAVs already marketed by his company, the CEO of EHang, Huazhi Hu said: “Our AAV EH216 aircraft is already fully equipped to travel in… cities, and the launch of the VT-30 provides a powerful complement to the inter-city air traffic network by meeting needs for covering longer distance”.

EHang reports that testing of the VT-30 prototype is underway. The model will be capable of both vertical and rolling takeoffs and landings.