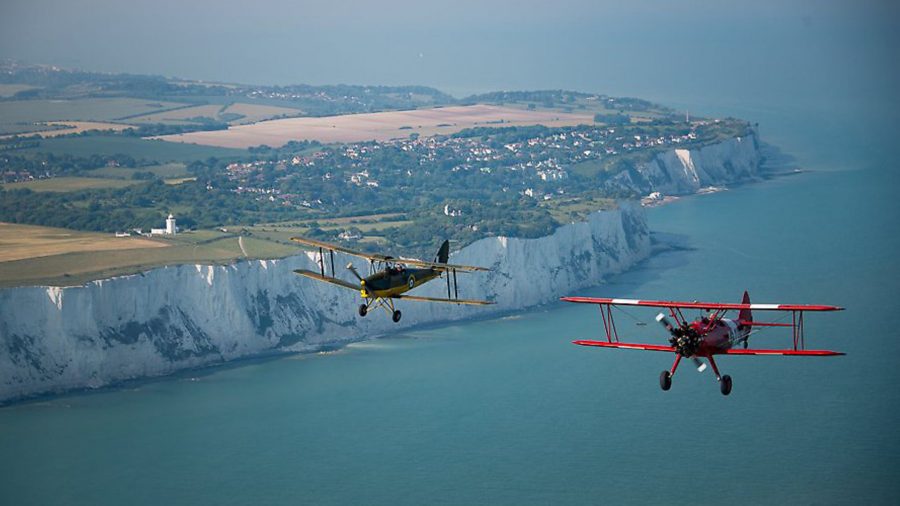 To coincide with the anniversary of the end of World War One, VintageAirRally are launching a new rally that will combine vintage biplanes and cars

Pre-registration is open for a brand new vintage rally that will see teams of four in one biplane and one car go from Les Moeres Aerodrome in France to Chilstone Park Hotel in Kent.

All of the planes and cars involved will be from 1946 or earlier to showcase the technology that emerged following The Great War.

Every member of the team will also be dressed in typical 1920s attire to further add to the atmosphere during this four-day rally.

Starting on May 9 at Les Moeres Aerodrome, participants will be housed in a tented camp with a period bar. In the evening there will be a themed dinner followed by a talk by Bernard Deneckere about the role of aviation in WWI.

After preparations are complete, the planes will take part in a Short Take Off and Landing Competition (a world first) while the cars drive a quarter-mile timed run along the runway.

As the cars cross the channel by ship and enjoy a private champagne reception, the biplanes will perform a fly-by overhead.

Once back into UK airspace, the planes will be welcomed by UK Border Control – also in uniforms from 1918 – to Walmer Aerodrome and become the first aircraft to land there in 99 years.

Keep your eyes on Kent’s roads and skies over as the rally passes through Walmer Castle, Dover Castle and the wider Kent countryside.

Last stop for the rally is the grade 1 listed Chilston Park Hotel where a one-off runway will be created directly outside the hotel entrance. No plane has ever landed at this tree-lined country house before.

To round off the action all participants will enjoy a champagne reception on the lawn followed by a 1920s black tie dinner.

Click here to find out more about the rally and to put your details in for pre-registration.