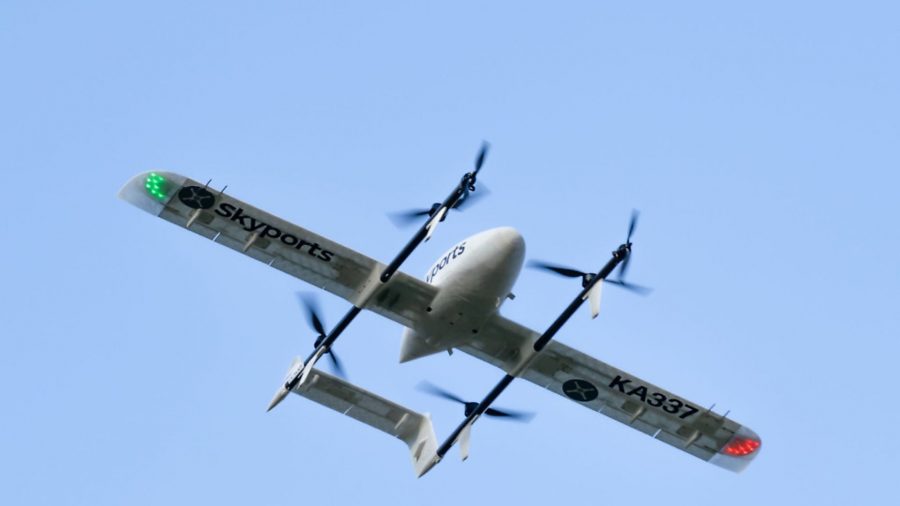 The Skyports drones operate beyond visual line of sight (BVLOS), fly at around 35kt and weigh 17kg

A drone company has had its proposal for further Temporary Danger Areas (TDAs) off Scotland’s west coast declined. As reported in the March issue, a consultation on Airspace Change Proposal (ACP) 2020-099 UAS BVLOS in Segregated Airspace (Oban-Isle of Mull-Coll) began in mid-January, the two-week consultation period on the proposed changes being very short (as now appears to be routine for drone ACPs?Ed).

Skyports (the drone operator) was seeking to establish a system of air corridors between several of Scotland’s west coast islands and the mainland in which to operate drones beyond visual line of sight (BVLOS). The operator planned to use these TDA-protected corridors for the transport of Covid-19 testing kits and samples for analysis.

In declining the application, the CAA commented that ‘inadequate (or insufficient) time was given to stakeholders to allow an appropriate consideration of the revised proposal. In addition, we cannot adequately assess the effect to key stakeholders in an area already impacted by Temporary Danger Areas. For this reason, the decision has been to decline the request.’