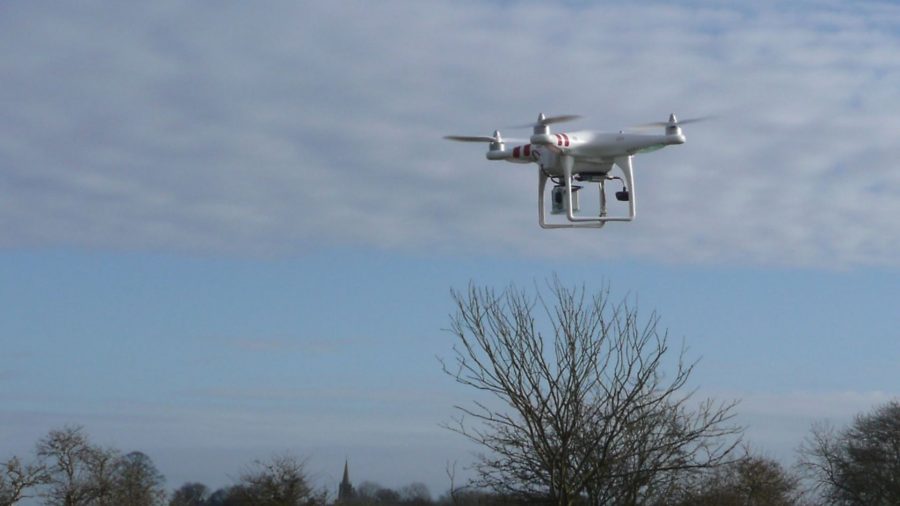 The great drone myth. Are all the claimed airproxes fact or figments of imagination? | Words Mark Dale

In December 2018 a series of alleged drone sightings resulted in Gatwick airport closing for the best part of three days, causing immense financial loss and disrupting the plans of thousands of travellers.

And previously, on 17 April 2016, an Airbus pilot reported that his aircraft had been struck by a drone as it landed at Heathrow.

What do the incidents all have in common? In each case, there is not a single shred of evidence that a drone was actually involved.

No photos, no videos, no culprit, no drone, no damage?just eye-witness accounts. And a bit of mass hysteria, just like Salem, Massachusetts in the 1690s, when nineteen supposed witches were hanged.

How have we got to this stage? Well, there are three main players. Firstly, there is the British Airline Pilots’ Association (BALPA). Then there is the UK Airprox Board (UKAB) and finally, there is ‘the media’.

BALPA disliked drones from the instant they were introduced in the UK in 2013, and has subsequently invested a great deal of time and effort in trying to kill them off in the UK. As part of this, they have issued umpteen drone press releases and have convinced their airline pilot members that the skies around UK airports are infested with drones.

They have also issued detailed advice on the reporting procedures for pilots to follow when they do sight a drone. So we now have airline pilots conditioned to expect to see drones, operating on a hair-trigger. And every object or flash of light seen out of the corner of their eye is processed by their brain as a drone?and in goes the ‘drone’ report.

The UK Airprox Board has existed in various forms for decades. Its mission is to enhance air safety by investigating, assessing and reporting ‘the circumstances, causes and risk of collision for all Airprox occurrences in UK’s airspace’.

Pilots (or sometimes air traffic controllers) report instances when two aircraft have come rather too close to each other (i.e. an ‘airprox’), and the UKAB secretariat collects information together so that the board can deliberate as to the cause etc.

This process works extremely well in the majority of cases, as there are two aircraft that have both been identified, with two pilots who generally both saw the other, and also radar recordings of the event?and sometimes ATC transcripts.

Whether or not the event actually happened is never in doubt – the issue is why it happened. But, by default, the UKAB also got the task of handling drone airproxes. And in almost every case there is no information other than one pilot thinking he or she saw a drone?the most unreliable form of evidence; an uncorroborated eye-witness account.

Most of these reports come from an airline pilot who has glimpsed something out of the corner of his eye, having been told by his union to be very worried about drones and to report anything he sights as being a drone.

And without any corroborating evidence, the UKAB simply publishes these drone airproxes verbatim, along with all of their other reports, making no distinction between the fully-proven, fully-investigated aircraft-on-aircraft reports and these unreliable drone claims.

A careful reading of these drone-sighting narrative reports would lead to a significant number (more than ninety per cent) being discounted as more likely to have been a party balloon, bird, other aircraft etc. (See the work of the Airprox Reality Check here: www.airproxrealitycheck.org/)

Even when the reporting pilot has said that the ‘object’ may have been a balloon or a drone, the UKAB has always erred on the side of recording the incident as a drone sighting.

The ICAO definition of an airprox states: ‘an airprox is a situation in which, in the opinion of a pilot or air traffic services personnel, the distance between aircraft as well as their relative positions and speed have been such that the safety of the aircraft involved may have been compromised’.

The UKAB has misinterpreted this, allowing the actual existence of the second aircraft to be entirely subject to the pilot’s opinion, which then leads the board into total unquestioning acceptance of any nonsense submitted.

The end result is massive over-reporting by the UKAB. And in their finished, standard format reports, under the headings ‘Cause’ and ‘Risk’ they make apparently definitive pronouncements about events that they have no proof ever happened?and thereby turn fiction into fact. (They are now on record admitting they have no proof that any drone was involved in a single one of the more than three hundred and fifty drone airprox results they have published.)

When it comes to the media, all the newspapers and TV news channels pick up the monthly airprox reviews. They know that a good ‘drone narrowly misses airliner’ story will sell papers?and none of their journalists has the wit or inclination to question the veracity of the story, given that it originates from the august UK Airprox Board.

So BALPA, the UKAB and the media have created a perfect storm: a self-perpetuating, self-fulfilling drone scare, based on spurious data.

As a result of the media’s drone hysteria, the Government has enacted legislation to curb drone use. This legislation is about as wrong-headed as it could possibly be. Firstly, it doesn’t differentiate between drone flying and model aircraft flying (which is a legitimate, harmless, pastime for large numbers of the population, and has been the route into a career in aviation for numerous pilots, aircraft engineers etc).

And secondly, if there really is a tiny section of society which is intent on causing mischief or harm with drones, then registration schemes and exclusion zones will hardly be something they will sign up to. Flying a drone next to an active airfield without ATC permission would recklessly endanger aircraft.

‘Recklessly endangering an aircraft’ has been a crime for at least fifty years?so how does making it doubly illegal help?

And now the situation has got completely out of hand; the senior air traffic controllers at major airports are closing the airport if a ‘drone’ is reported in the vicinity. There is no reality check, no risk assessment, and there are no guidelines. So, of course, this individual is always going to take ‘the safe option’.

We have been here before, in 2010, when airliners all over Europe were grounded by potentially engine-damaging volcanic ash spewing from the Eyjafjallajökull volcano in Iceland. The UK CAA ran a rapid research programme to establish what the maximum safe level of ash density was, and flying resumed.

Obviously, similar clear guidance is required relating to drones: a good starting point would be ‘Do you have a picture of the drone?’ In the ‘pics or it didn’t happen’ era, this is the perfect situation for using the social media mantra for public good.

The drones that are at the heart of the drone myth are DJI Phantoms. These were sold in large numbers in the UK between 2013 and 2017, and progressed through various improved models to the Phantom 4.

They are battery-powered, and have a maximum flight time of twenty to thirty minutes (reducing to about fourteen minutes when flown more enthusiastically). They are optimised for aerial photography, so come fully equipped with a high-quality camera and stabilising gimbal.

The principal concern behind the great drone palaver is the fear that a drone could fatally damage an airliner. A very dodgy dossier was created (with some spurious testing) to support this. But that was all based on a drone the size of the Phantom. Guess what? Drone technology has moved on.

Those DJI Phantoms are largely all landfill now, replaced by the Mavic (2016) and the Spark (2017). These drones are a fraction of the size of the Phantom (Phantom weight = 1.38kg, Mavic Pro weight = 0.73kg, Spark weight = 0.30kg). Consequently they pose much less risk than the already minuscule risk that the Phantom posed to Commercial Air Transport.

So, we are closing airports and causing misery and massive financial loss in order to avoid drones that almost certainly are not there?and if they were there, would pose less danger than most of the wild birds occupying our skies.

It is time for a serious rethink. Just about everything we do in life has a measure of risk attached?we seem capable of crossing the road, riding a bicycle, driving a car etc knowing that there is a level of risk. And airline travel is certainly not risk-free. But somehow the nation is totally incapable of tolerating the almost non-existent risk of operating an airport once a single person has uttered the drone-word.

Pilots create faulty data by reporting erroneous sightings (the brain ‘sees’ what it expects to see?this is known as top-down processing and/or confirmation bias). The Airprox Board fails completely to filter out this faulty data?and in fact compounds the error by appearing to authenticate it.

The media propagate the faulty data, being far more interested in publishing scare stories than in establishing the truth. The Government creates more and more regulations. The Police run around in circles. And we all pay the price.

‘Witch’ number one has been prosecuted. A man from London was fined £2,000 for flying a small, fixed-wing foam model aircraft in a park near Heathrow on Christmas Eve 2018. Obviously, it was unbelievably dumb to do this, especially a few weeks after Gatwick was closed by a drone scare.

But the reality is that this chap wasn’t flying a drone; he was flying a little model aircraft made of polystyrene that posed zero risk to airliners or any other aircraft. His prosecution has not made the skies any safer – he is just a bit of collateral damage in the hunt for other witches… Doubtless there will be many more like him.

*Mark Dale is a private pilot and has worked in recreational aviation (hang-gliding and paragliding) for over thirty years, and was General Secretary of a pan European aviation body. He co-founded a drone importing business (now closed) and has owned and flown some twenty types of drone, from hand-size to one-metre diameter commercial drones.

He is part of Airprox Reality Check, which was formed ‘specifically to inform the flight safety, regulatory, political community etc on drone airprox likelihood and risk’.