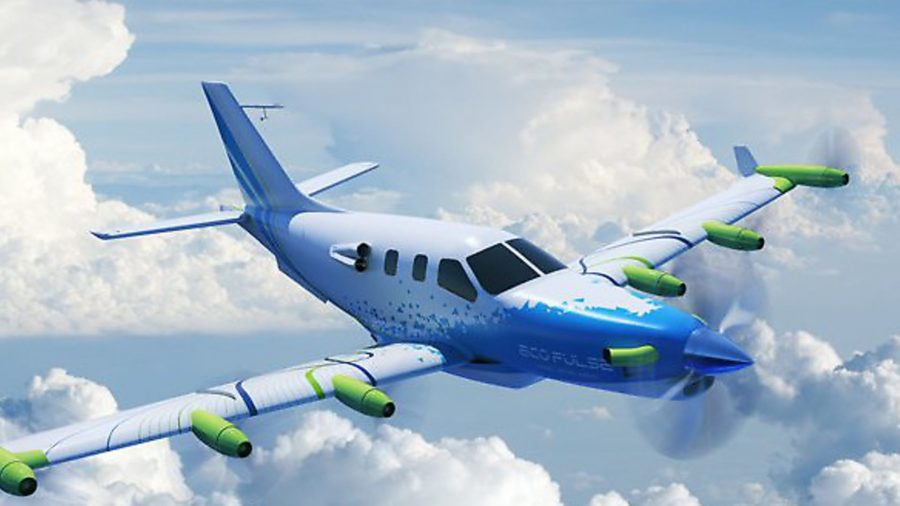 The EcoPulse distributed propulsion hybrid aircraft developed by Daher, Safran and Airbus has successfully passed its preliminary design review (PDR), a key step toward firming up the architecture for a first flight, scheduled in 2022. The PDR has confirmed the safety of the hybrid distributed powertrain, and its compatibility with the aircraft’s systems.

Safran is the company responsible for the distributed propulsion system, and has finalized the technical configuration of the six wing-mounted electric ‘thrusters’, each powered by a 50kW electric motor. Airbus, currently involved in the demonstrator aircraft’s aerodynamic modelling, will schedule the start of wind tunnel testing of the thruster propeller/nacelle assembly during the first quarter of 2021.

“The EcoPulse demonstrator program is an important step in our ambition to decarbonize the aeronautical industry,” says Airbus Executive VP of Engineering Jean-Brice Dumont. “It will allow us to study how distributed hybrid propulsion could be integrated into the aircraft of tomorrow and significantly reduce their environmental impact.”