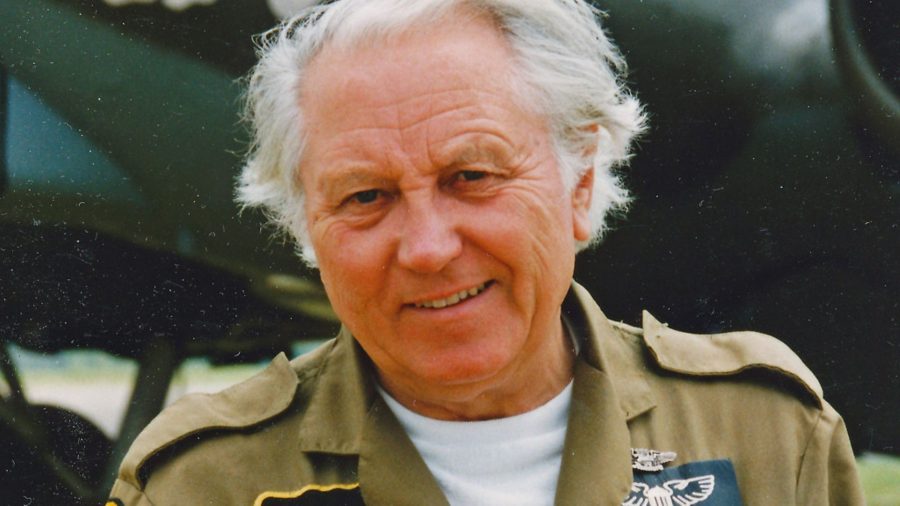 Pilot is saddened to report that display pilot Keith Sissons died on 26 October in the Kent nursing home where he had been living for several years.

Keith, who will be remembered by thousands of airshow goers for his immaculate displays in Plane Sailing’s Catalina and the B-17G Sally B, gained his PPL at the age of seventeen, later becoming a CPL and ATPL, and in 1958 began flying commercially.

A long-standing member of the Tiger Club and its display team, and an enthusiast for water-borne aviation, he was the driving force behind formation of the club’s Seaplane Section, operating Sea Tiger G-AIVW, which Keith flew for a BBC TV documentary on Sir Francis Chichester, the Tiger disguised as an earlier Gipsy Moth. He was later to captain Sally B, renamed Memphis Belle, during filming of the movie of the same name. Keith’s professional career saw him flying Transmeridian Air Cargo’s Canadair CL-44Ds and Shorts Belfasts, this writer recalling a particularly spectacular low-level routine in a CL-44 at a Blackbushe Airport display

Keith was a founding member of the Historic Aircraft Association, and in 2013 was awarded the status of Honorary Vice-President, in recognition of his years of dedication to the operation and displaying of historic aeroplanes and lifelong commitment and dedication to the aviation community.