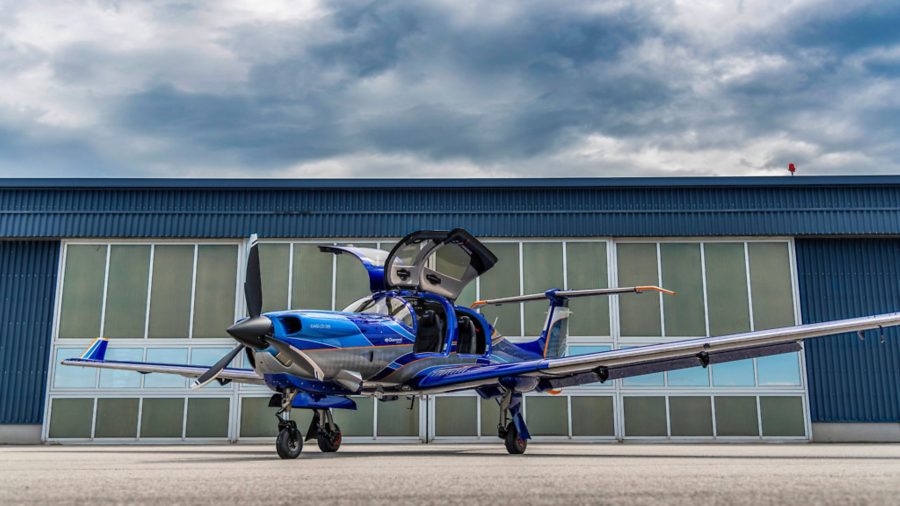 Aimed squarely at the market currently dominated by the Cirrus SR22, the DA50 RG is powered by a 300hp turbocharged Continental CD-300 V6 diesel

Liqun Zhang, CEO of Diamond Aircraft Austria, said that the aeroplane “is offering so much: space, efficiency, luxury, comfort, safety and retractable gear on a single piston aircraft.

“Plus the extra benefits of operating a jet fuel powered aircraft – much lower emissions compared to leaded and even low-lead aviation fuels, and saving many gallons of fuel due to excellent efficiency.”

The DA50 RG is the first production aircraft to be fitted with a CD-300 powerplant. Robert Stoppek, President & CEO of Continental Aerospace Technologies, commented: “Continental’s valuable partnership with Diamond on the DA50 RG reinforces the global demand for jet-fuelled piston aircraft in general aviation”.

In the design phase, close attention was been paid to drag reduction, and the aircraft features a retractable undercarriage.

Hinged, double slotted flaps provide high lift and excellent slow speed behaviour. The aeroplane has five seats, including a 60/40 folding back seat (similar to many modern cars) with a separate cargo bay hatch. Entry and exit are through big gull-wing doors.

The aircraft is currently undergoing type certification with EASA, with approval anticipated by late summer. FAA certification is expected by the end of 2021.