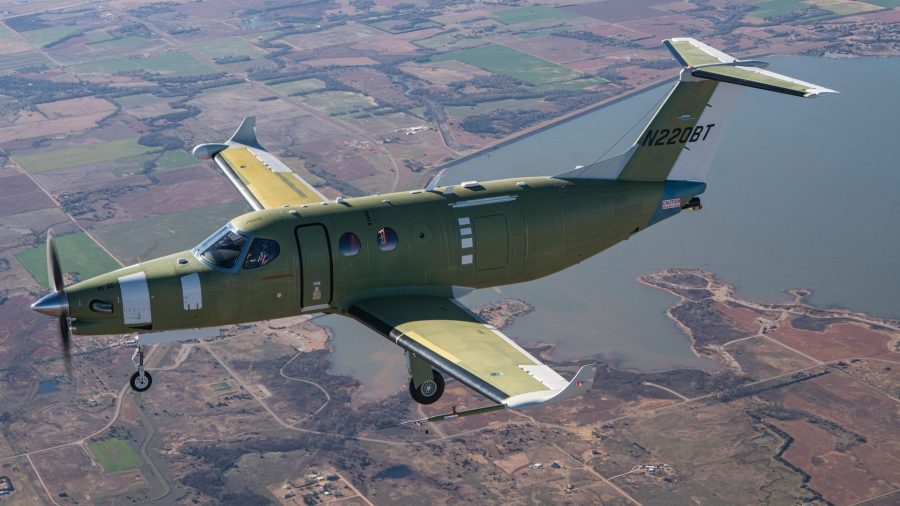 With senior test pilot Peter Gracey and chief test pilot Dustin Smisor at the controls, the prototype, which is powered by GE Aviation’s new Catalyst engine, took off from the company’s west campus at Eisenhower International Airport in Wichita, Kansas.

The flight lasted almost three hours, giving the flight test crew plenty of time to examine the aircraft’s performance, stability and control, as well as its propulsion, environmental, flight controls and avionics systems.

The Denali reached an altitude of 15,600ft and a speed of 180kt. “From the beginning of the flight to the end, the Denali was simply flawless,” commented Gracey. “It’s just a great aircraft to fly. The Catalyst engine was outstanding, and the aircraft performed to the levels we were anticipating.”

Highlighting the business case underlying the new design, Textron Aviation CEO Ron Draper, added: “with its more environmentally friendly engine and largest cabin in its class, this is an aircraft that will change the landscape for high-performance single-engine turboprop aircraft.”

Along with the prototype, two additional aircraft and three complete ground-test airframes are taking part in the testing programme. The company is aiming for certification in 2023.