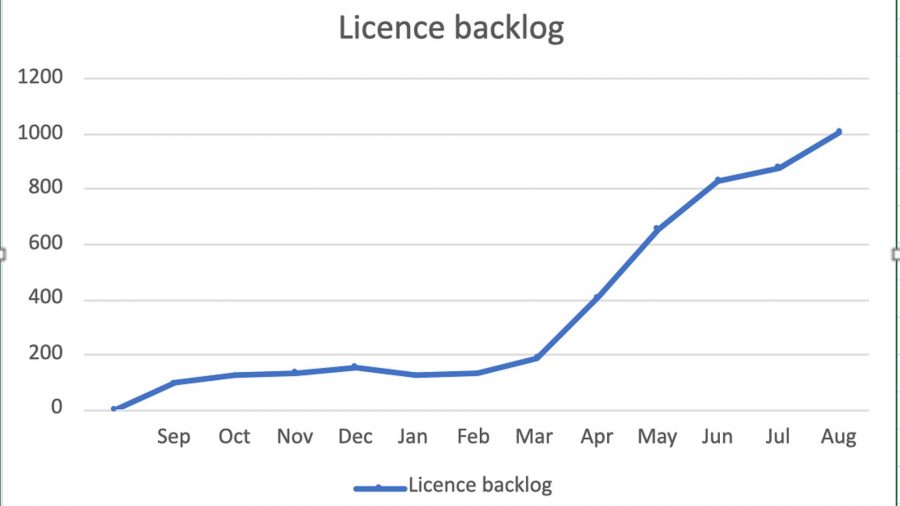 Anecdotal evidence and complaints from flights schools about slow licensing were confirmed by data released by the CAA under a Freedom of Information request.

The numbers show a growing backlog of licence applications, which in August 2021 reached more than one thousand items outstanding.

Part of the problem seems to be a large surge in ATPL applications, which virtually doubled in numbers between 2020 and 2021. Those types of licences were in fact the most affected by the slowdown, with less than 50% of ATPL applications processed promptly with the issue of a licence for two consecutive months (April and May 2021).