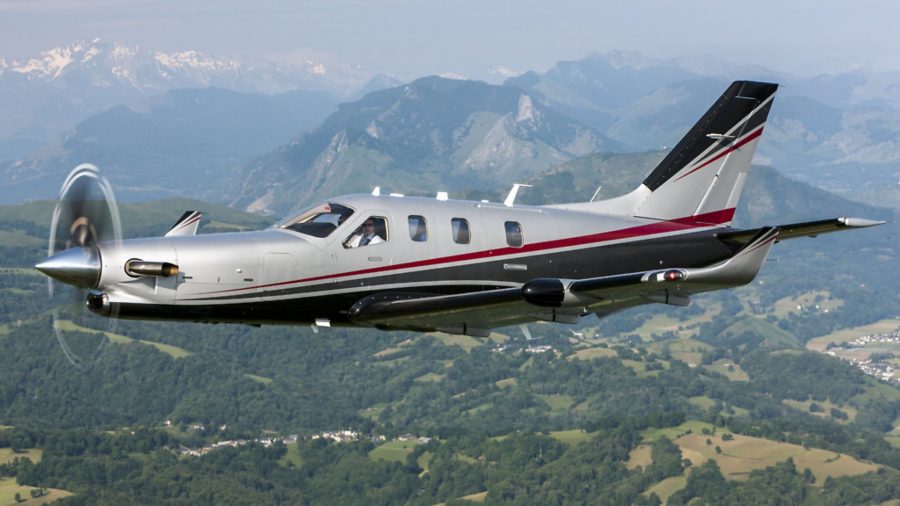 Daher announced that its new TBM 940 has been certified by the European Aviation Safety Agency (EASA), enabling deliveries to begin with this latest very fast turboprop aircraft version

EASA’s certification paperwork was formally provided during the European Business Aviation Convention & Exhibition (EBACE) at Geneva, Switzerland, where Daher was exhibiting at the May 21-23 event.

The TBM 940’s airworthiness authority approval comes two months after the aircraft’s launch in March, with 25 orders already booked for the version. Initial deliveries will be to customers in Europe and Asia, followed by North America and other markets after subsequent certification by the U.S. Federal Aviation Administration.

“We are grateful to the EASA for the quick certification process following the hard work of our teams. The European authorities consider it a priority to make major safety items available to the pilot,” commented Nicolas Chabbert, Senior Vice President of the Daher Airplane Business Unit.

“We are proud to have developed an aircraft that combines power, safety and comfort – building on Daher innovation for continual improvement to the TBM very fast turboprop aircraft family. The TBM 940’s positive feedback from customers underscores that we’re on the right path.”

As Daher’s top-of-the-line TBM version, key TBM 940 features are the integration of an automated throttle and an automated icing detection system – both of which are installed for the first time on a standard production turboprop aircraft weighing less than 12,500 lbs. (5.7 metric tons). The cabin also incorporates further enhancements to style, ergonomic and comfort elements in the cabin.

The automated icing detection system and cabin enhancements are shared with Daher’s Model Year 2019 version of the entry-level TBM 910, with whose cockpit benefits from the latest functionality with Garmin’s flight deck.

They are: Surface Watch™, which helps the pilot maintain enhanced situational awareness in the airport environment; Baro VNAV, allowing approaches with vertical guidance when Wide Area Augmentation System (WAAS) navigation is not available; and visual approach assistance for the TBM pilot in performing visual approaches on non-controlled airports with vertical guidance.

During the EBACE event at Geneva, Daher also is highlighting its TBM Care concept, which brings additional enhancements to the TBM ownership and operating experience. This is underscored by Daher’s latest version of its “Me & My TBM” cloud-based application, which enables pilots and operators to share their flight plan and performance directly through different media.

The application’s ergonomics and features are enhanced with the introduction of analysis modes allowing flight and time optimization, along with the aircraft’s landing approach, as well as new average block speed calculation and monitoring.

With its highly accurate graphics, feedback is provided during every phase of a TBM’s flight, from key parameters of the engine and other systems to a full range of statistics accessible wherever the aircraft goes.

TBM owners and operators can check the identity card of their TBM in the app’s new “My TBM details” section. Utilizing an enhanced banner for the CAMP tracking tool, scheduling for the next maintenance visit is now highlighted directly on the app’s home page in terms of days or flight hours. Daher’s TBM Care team also can be contacted through the app to answer questions whenever needed.