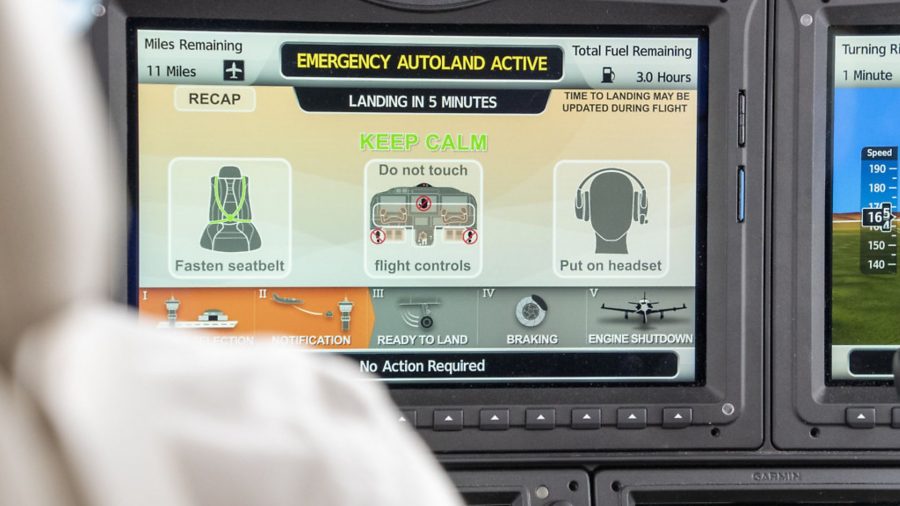 This clears the way for new deliveries of the TBM 940 that are factory-equipped with the emergency autoland system, while 940s already delivered in 2020 can be upgraded at TBM service centres. Additionally, the system will be available for retrofit on all earlier production 940s.

Based on Garmin’s Emergency Autoland system?available as a part of the G3000 integrated flight deck?HomeSafe has been under development for the TBM series since 2017.

The system, which can automatically land the aircraft if the pilot becomes incapacitated, is activated manually by an orange button atop the cockpit instrument panel, or semi-automatically if the Emergency Descent Mode (EDM) has been engaged.

Its software integrates weather and terrain information to select the best airport for landing, considering fuel range and runway length.

Once activated, occupants of the aircraft are briefed by a safety video on the cockpit’s multifunction display, air traffic control is informed of the situation by an automated message, and the transponder automatically is set to the emergency squawk code.

The pilot can override the autoland function at any time by simply disconnecting the autopilot.