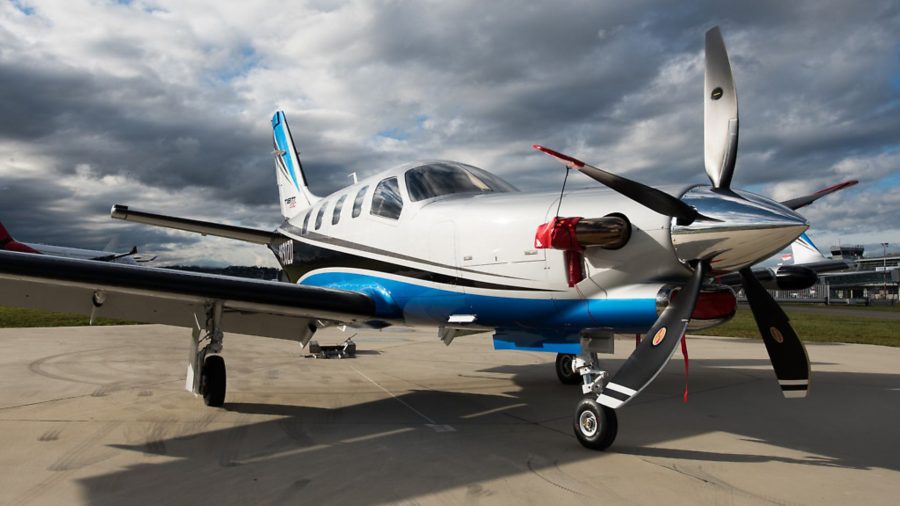 Building on the cabin restyling implemented by Daher last year, every seat in Model Year 2018 TBM 930s and TBM 910s are the new heated seats, with the heating function controlled. Once the mode is engaged by the pilot via a master control in the cockpit, each occupant can choose whether to utilize the heating – and select either light or moderate heat settings.

Other new features introduced on Model Year 2018 aircraft are tailored for further improvements in pilot interface. This includes backlighting on the cockpit’s central console to provide enhanced visibility at night for the manual trim, power lever, flaps lever and override controls. Additionally, a high-fidelity microphone has been incorporated in the pilot’s oxygen mask for clear communications with air traffic control when the mask is in use.

Daher’s superior level of service for TBM aircraft is further evolving to meet customer expectations. In addition to the continued inclusion of Daher’s Total Care Program (TCP) coverage as part of the TBM “Elite package,” TBM 930/TBM 910 customers will receive a host of new services, such as subscriptions to the Garmin Pilot database and Jeppesen Pilot Pak™ bundle and, in countries where available, a three-month subscription to Sirius XM weather and radio.

Nicolas Chabbert, Senior Vice President of the Daher Airplane Business Unit commented: “The ‘Magic Touch’ video underscores what we offer today to our customers in bringing the most modern cockpit technology available to make every flight with our TBM 900-series aircraft an ultimate pilot experience.”