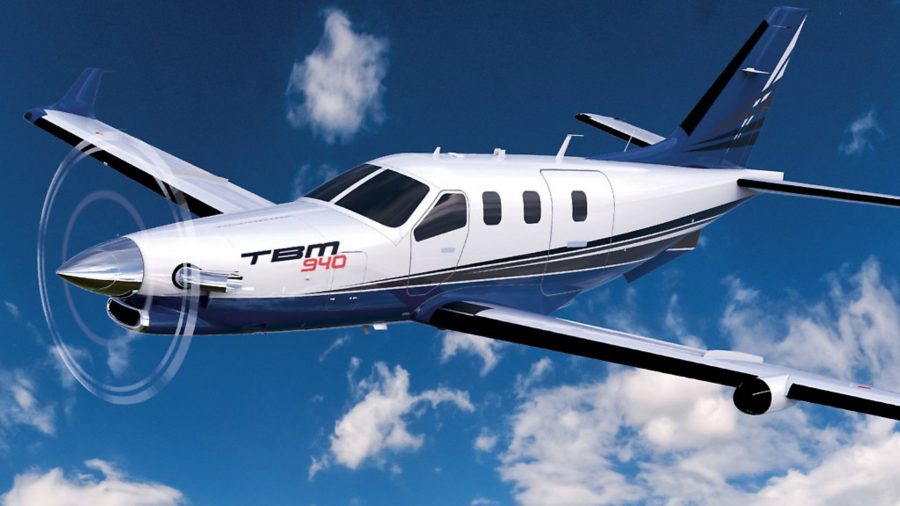 Daher today introduced the latest version of its single-engine very fast turboprop aircraft – the TBM 940 – which sets new standards with the integration of an automated throttle and automatic de-icing system, along with enhancements to style and ergonomic elements inside the cabin.

“The TBM 940 redefines the ultimate private aircraft: user-friendly, safe and efficient for both pilots and passengers,” said Nicolas Chabbert, Senior Vice President of the Daher Airplane Business Unit. “This newest TBM family member underscores our firm commitment to constant improvement for the ownership and operational experience with our very fast turboprop aircraft.”

One key TBM 940 feature is its automated throttle – the first ever installed on a standard production turboprop aircraft weighing less than 12,500 lbs. (5.7 metric tons). Fully integrated with the autopilot, this single power lever auto-throttle automatically adjusts the aircraft’s speeds based on the preset flight profile – from climb-out to the landing approach.

In addition to reducing pilot workload, the auto-throttle enables a TBM 940 to be operated to the edge of approved power regimes for its Pratt & Whitney Canada PT6A-66D turboprop engine, providing optimum performance and efficiency from the powerplant.

Also introduced on the TBM 940 is increased automation for the de-icing system – another first in the TBM’s aircraft category. When icing or ice accretion is detected – and if the pilot does not take action – the system is automatically activated for de-icing of the airframe, windshield, propeller and the engine’s particle separator. An amber CAS (Crew Alerting System) message is displayed by the avionics, advising the pilot to clear the automatic activation and revert to the manual control mode.

The automatic de-icing protection and auto-throttle are fully aligned with Daher’s e-copilot® strategy of introducing functionality for improved operational safety on the TBM product line.

Inside the TBM 940’s cabin, Daher has incorporated ergonomic and style upgrades that include redesigned seats, additional thermal insulation for the cabin sidewalls, a new central shelf with side storage, an additional 115V electrical outlet at the right rear seat panel, and USB ports (bringing the overall total of USB ports to six for passengers and three for the pilots).

The TBM 940 retains the same range and handling qualities that made Daher’s TBM 900 series a true success, with more than 267 aircraft in this product line delivered from the overall production to date for the very fast turboprop aircraft.

Certification of the TBM 940 by the European Aviation Safety Agency (EASA) and the U.S. Federal Aviation Administration (FAA) is expected to be received at Aero Friedrichshafen 2019, the largest European airshow for general aviation, allowing new aircraft deliveries late spring this year.