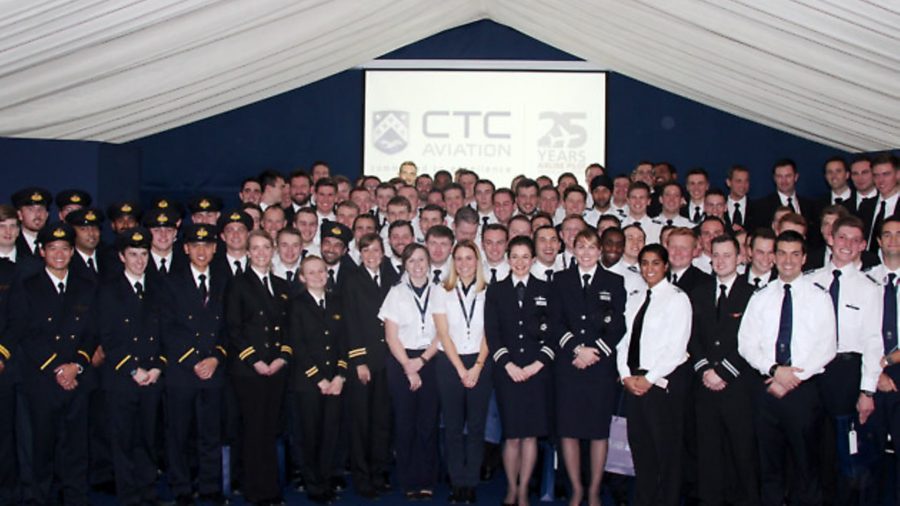 226 pilots graduated from CTC Wings, CTC Takeoff and CTC Flexicrew programmes in what was the largest graduation ceremony for CTC Aviation in 25 years.

The ceremony was hosted by CTC Aviation’s President Rob Clarke and Flybe CEO Saad Hammad. This was followed by an evening celebration ball; both events were held in a grand marquee at the company’s Airline Resourcing and Selection Centre – Dibden Manor, in the New Forest.

Speaking at the event, Mr Hammad said “It is an absolute pleasure to extend Flybe’s congratulations to every member of this impressive group of newly graduated pilots and especially to those who will be joining us soon at Europe’s largest regional airline.”

Since launching in 2003, CTC Wings – CTC Aviation’s airline pilot career programme – has seen training numbers increase dramatically year–on-year, with a total growth (based on annual enrolment numbers) of 728% over the last twelve years.

“We are honoured to be able to deliver pilot training and resourcing to airlines around the world. For our graduates, this means we are able to offer even more career opportunities,” said Rob Clarke, President of CTC Aviation.

We are focussed on driving diversity…. A key aspect of this campaign is to endeavour to attract more women into our industry. We’re noticing an increased level of interest already, and we are delighted to see triple the number of women graduating this year compared to last; but we’re determined to see that number continue to rise.”