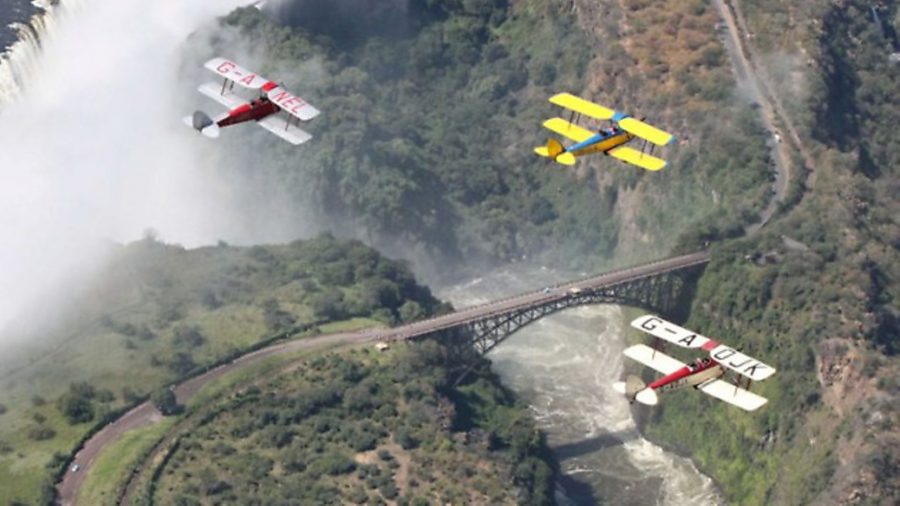 Vintage aircraft of the 1920s and 30s set off from Sitia on 12 November in the first leg of the Crete2Cape Vintage Air Rally, from where they will route across Africa to Cape Town

Twenty teams from seventeen different countries are competing, nine of them crewing vintage biplanes. They are scheduled to make 37 stops, before arriving on 17 December in Cape Town.

Almost exactly recreating the 1931 Imperial Airways ‘Africa Route’, the aircraft will be flying low along the Nile from Cairo to Khartoum, past the highlands of Ethiopia, down the plains of Kenya and over the bustling hub of East Africa.

Then off again past Kilimanjaro to the Serengeti, on to the spice island of Zanzibar and even further South, crossing Zambia, over the Victoria Falls to Bulawayo in Zimbabwe.

The final days of this epic journey takes them into Botswana and South Africa, to the Cape, journey’s end.

Vintage Air Rally is the brainchild of Sam Rutherford, founder of Prepare2Go. Sam says there never has been an attempt by this number of vintage biplanes to travel this distance across Africa.

They will establish other firsts en route: “This is the first group of aircraft to have permission to land at the Giza pyramids, Egypt, in eighty years.”

Gipsy Moth G-AAMY (the actual plane flown by Robert Redford in the movie Out of Africa) will be joining the rally in Kenya.

There is lots of local support for the event; “the President of Botswana asked us to change the route so that it would include Botswana”.

The teams will be travelling in ‘very loose formation’ (up to fifty miles between lead and tail-end Charlie) to enhance both safety and enjoyment.

Modern aeroplanes and helicopters will be functioning as support crew for the older machines.

With challenges and leader boards comparable to those used in the classic car rallies, the top team will win the VintageAirRally Trophy and the team showing ‘the most exemplary behaviour’ will be rewarded with the Spirit of the Rally Trophy. This latter trophy will be awarded on the basis of a vote amongst all the teams.

Flying Techniques: Aerobatics in the Pitts