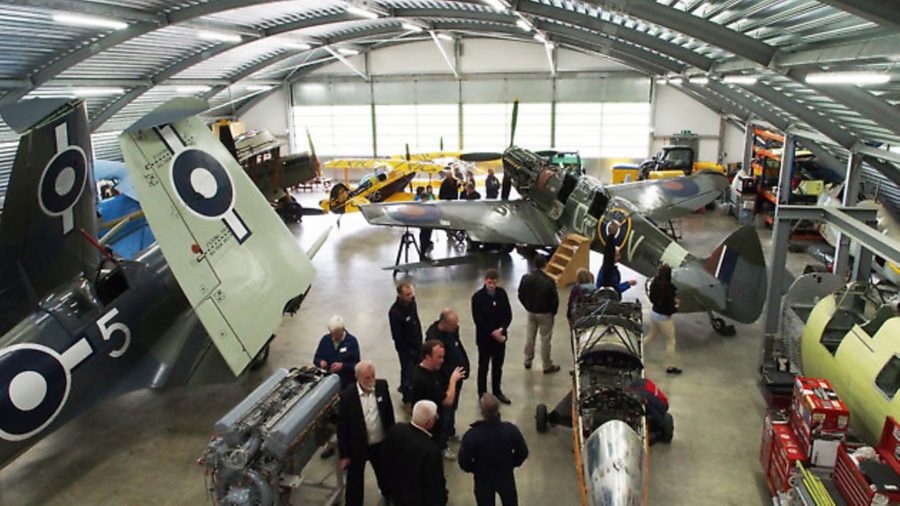 The winner’s of Trig and Pilot’s joint competition enjoyed a fascinating presentation on avionics, a private tour of Air Leasing’s packed hangar and a flying display by the Trig Aerobatic Team at Sywell

It took place at the Northamptonshire aerodrome at Sywell home to the team and associated company, Air Leasing.

Following a presentation by Jon, providing a great insight to the history of transponders, Trig’s British-made products and future developments with ADS-B, the competition winners were treated to a private viewing of the historic aircraft being restored and operated by Air Leasing.

Among the aeroplanes to be seen were the Grace Spitfire – undergoing repair work after an unfortunate accident after partial undercarriage collapse, Seafire III (a unique survivor), a two-seat Hispano Buchon under restoration, a Stampe and – almost ready for its first flight after an engine rebuilt – an original SE5 in US Army Air Service colours.

After a thrilling display by Richard and Dave in the Trig Aerobatic Team’s Pitts S-1 duo, the day closed with the chance to have a close look at Trig’s latest 8.33 radios and transponders.