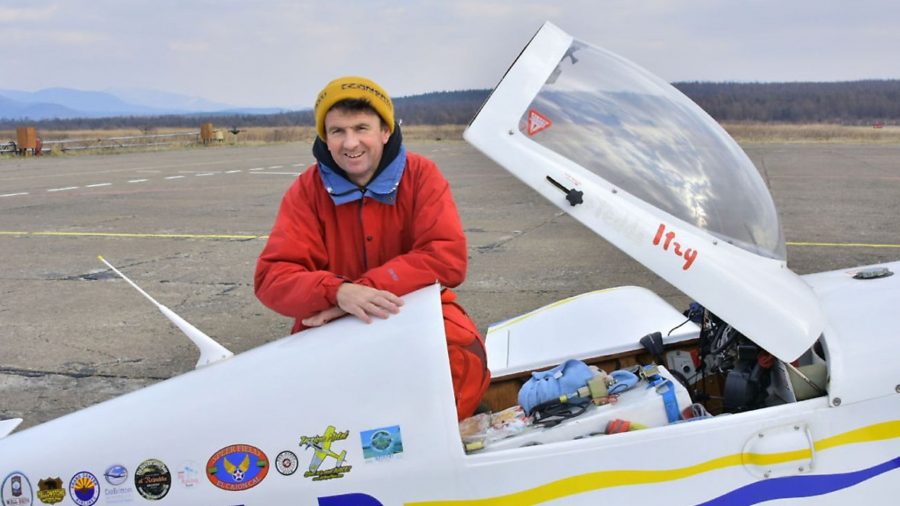 British pilot and aircraft engineer Colin Hales’ flight around the world in his homebuilt KR2 ‘Itzy’ was brought to an end on 11 July when the aircraft was severely damaged in a force landing on a golf course in Japan.

Colin’s aircraft came to grief at the Himejiaioi Country Club in Hyogo Prefecture in western Japan. Aerial footage shows the aircraft resting against an embankment in a confined area close to a building, its fuselage broken in half and one wing folded under the other.

Having faced almost nine months of bureaucratic delay after landing in Japan last November after an epic flight across Russia (described by Colin in an article published in the May edition of Pilot magazine) he had taken off four hours earlier from an airport in central Japan and covered 350 miles when he was brought down by what appears to be engine failure. According to the Osaka Aviation Bureau, Colin was heading for Okanan Airfield having taken off from Niigata Airport earlier in the day.

We understand that although Colin vacated the wreckage unaided and was able to walk to the clubhouse, he was airlifted to hospital and is now undergoing treatment for fractured vertebrae and other injuries. Colin’s friend Zanna McKail has set up a JustGiving Facebook page aimed at raising funds to pay for his medical treatment in Japan https://www.justgiving.com/crowdfunding/colin-hales