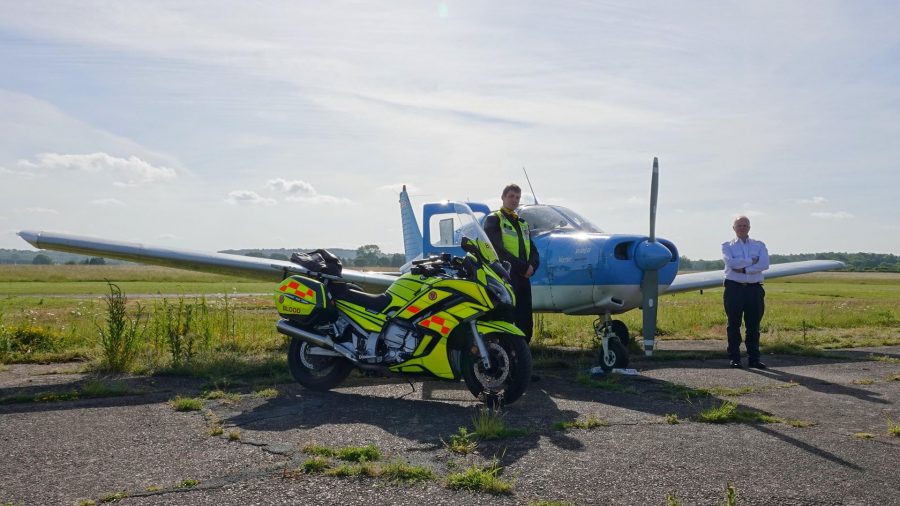 Motorbikes and aeroplanes are a great combination and they worked spectacularly well together in June to deliver time-critical bacteria from a healthy donor in Birmingham to a patient with an urgent need in an acute hospital in Belfast.

The aircraft was a Piper PA-28 from Azure Flying Club at Cranfield, flown by Guy Gratton, a member of Civil Air Support−the organisation which grew out of the former Sky Watch. Civil Air Support worked with the National Association of Blood Bikes in a three-leg operation to deliver the materials.

The samples arrived at Halfpenny Green by Blood Bike shortly before 0900, the Warrior was airborne by 0916 and landed at Belfast City Airport at 1136 where, five minutes later, the cargo was handed to another motorbike rider who took it to Mater Infirmorum hospital in the city centre.