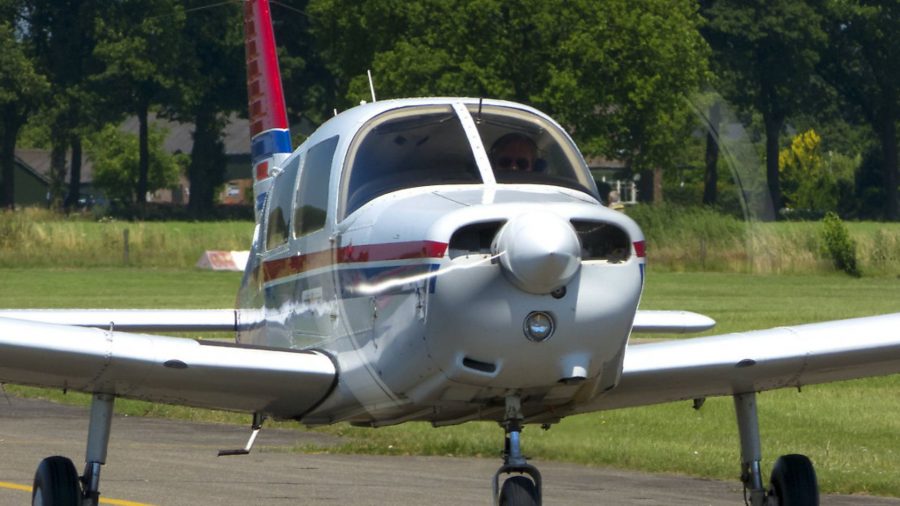 In response to the COVID-19 pandemic the UK Civil Air Patrol and Blood Bikes have come together to support the NHS. The NHS ‘pony express’ delivers time sensitive medical samples doorstep to doorstep with a rapid land and air courier service

On Monday, 18 May a request was made by Salisbury District Hospital to deliver a genetics sample from a very young baby to Addenbrookes Hospital in Cambridge, a distance by road of some 140 miles.

The sample was collected by Robert Smith of Wessex Blood Bikes at 09:30 hours and handed to Nigel Wilson, a UK Civil Air Patrol pilot who was waiting at Thruxton airfield, near Andover with his Piper PA-28 aircraft.

With the support of air traffic control at London Luton airport the aircraft was flown directly to Duxford airfield in Cambridgeshire where the genetics sample was passed to Mick Thurman of the Suffolk & Cambridge Blood Bikes.

It was then delivered to the Genetics Laboratory at Addenbrookes hospital at 11:25 hours.

A total journey time, doorstep to doorstep of one hour and 55 minutes and a saving of over one hour if the sample had been delivered by road.

“We’re continuing to work together on combined operations over greater distances throughout the UK.”