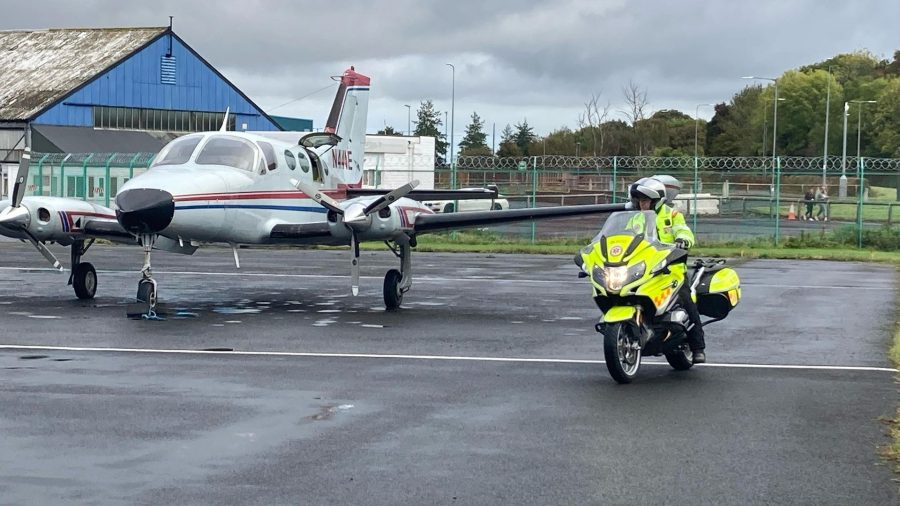 A rare Arctic ringed seal found hundreds of miles from his native land was helped back on the way home by Civil Air Support (CAS).

The aviation charity orchestrated a rather complex operation in difficult weather to carry the seal back north to Shetland, after the animal had strayed 1,000km south of the Arctic Circle.

When spotted close to Aberdeen, the seal’s visible abrasions and lethargic behaviour brought him to the attention of British Divers Marine Life Rescue and subsequently of the Scottish Society for the Protection of Cruelty to Animals (Scottish SPCA), which organized the rescue and transport back north thanks to the help of a twin engined Cessna operated by CAS.

In another operation, CAS and SERV Wessex (a member organisation of the National Association of Blood Bikes) delivered time-critical blood stem cells from a healthy donor in Salisbury to a waiting patient in Newcastle Upon Tyne.

SERV Wessex collected the stem cells from Salisbury Hospital, and the rider met a Civil Air Support Cessna at Thruxton Airfield. Once the handover was completed the Cessna, piloted by CAS Operations Manager Graham Mountford, flew to Newcastle International Airport, landing just one hour and forty-seven minutes later. A fast rider from Northumbria Blood Bikes was already waiting, and the vital stem cell package arrived at the Royal Victoria Infirmary within fourteen minutes.