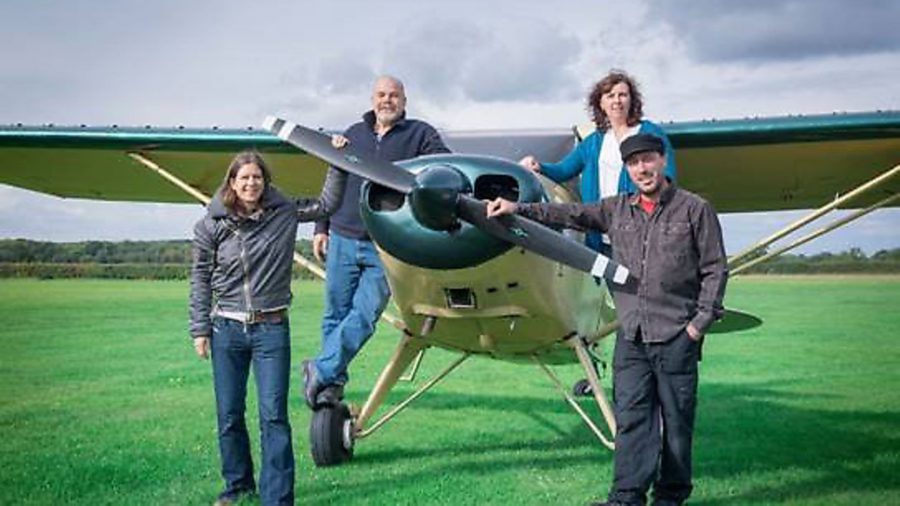 THREE years since Hertfordshire’s historic Panshanger Aerodrome closed its gates a campaign spearheaded by the local community has won the backing of celebrity aviators, politicians and business leaders determined to see flying resume at the site.

Dubbed Project Phoenix, Panshanger Community Airfield’s plan is to restore the aerodrome to flying operations – and also to regain its status a vital community asset that boasted more than 15,000 members and hosted events from vintage revival days to fireworks displays.

Shapps, whose Welwyn Hatfield constituency includes Panshanger, said: “Welwyn Hatfield has been responsible for some of the most remarkable aviation achievements. From the Mosquito, then the world’s fastest plane, to the development of the globe’s first jet airliner, our area has contributed towards aviation in a manner that few other places can boast.”

“In more recent years, the airfield became known for its extraordinary work for the local community, focusing on access for residents to the cafe, revival days, fireworks and in helping to inspire new generations of young aviators to look to the skies.”

Pauline Vahey from AOPA and GAIN said the lobby group is standing with the local community and all those associated with Panshanger’ s Project Phoenix.

“We will be giving them all the support and help we can to help return this valuable asset back to its role, not only in the local area but also as a national asset,” she added.

Tim Proctor of Hayward Aviation said: “We are supporting Project Phoenix as we are a company who are strongly supportive of all aspects of General Aviation and particularly on saving and of possible reviving airfields.”

It is against this backdrop that local residents have now banded together to help ensure the aerodrome’s extraordinary aviation heritage projects into the future.

Former Panshanger tenant North London Flying School inspired the next generation of flyers on it’s ‘Young Aviator Days’ whilst it trained thousands of students as well as boosting the local economy via jobs ranging from baristas in the cafe to training aeronautical engineering apprentices from the University of Hertfordshire in the engineering workshops.

Due to overwhelming support from local residents and former flying club members, space has been allocated for an aerodrome in the local plan due to be reviewed by a Planning Inspector from September. However, the airfield’s supporters are concerned the local authority and developer are not fully committed to providing a sustainable airfield for the community.

The core team behind Project Phoenix includes Nick Coplowe, Sue Hart and Haim Merkado who all have an extensive background in aviation. Merkado and Hart had built up this hugely popular aerodrome until 2014 and remain fully committed to its resurrection.

The team also includes seasoned executives with extensive planning, marketing, finance and negotiating skills as well as local historians seeking to preserve the airfield’s heritage for future generations. All are local residents who are committed to bringing Panshanger Aerodrome back to the community to ensure its sustainability for the long term rather than solely for commercial gain.

The team’s vision for the revamped Panshanger Aerodrome includes:

• Providing a positive environment to inspire younger and older generations

• Provide a place where people can share their passions

Start now by visiting their website www.project-phoenix.org.uk explore its content and sign up. Backers of the crowd-funding appeal will be kept updated with key developments and invited to events relating to the airfield. Record a short video of your most memorable time at Panshanger, what flying means to you, how you would feel if it reopened as a community aerodrome and what you would like to see at the airfield. The most touching, moving and inspiring videos will be shown on the YouTube channel. Join their facebook group, follow them on twitter and Instagram

There will be further phases as the project continues and opportunities to help on different levels. If you would like to join their team of experts and contribute your skill or time to this outstanding endeavour they would love to here from you by emailing Sue info@project-phoenix.org.uk

Get involved, support Project Phoenix today and help create an aerodrome of the future that we can all be proud of within Welwyn & Hatfield, nationally and beyond where everyone benefits.