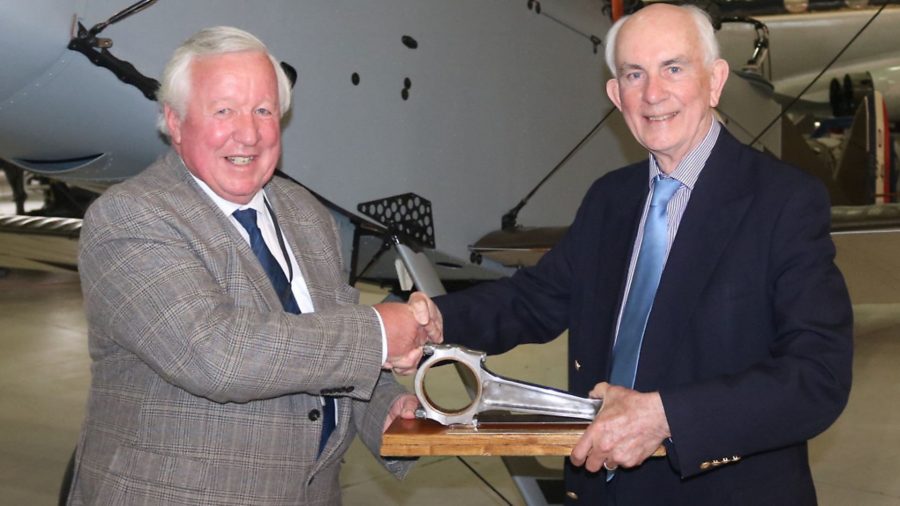 The Historic Aircraft Association (HAA) Conrod Trophy has been awarded to Cambridge Flying Group. The trophy recognises outstanding contributions to the preservation and safe operation of historic aircraft

The award to Cambridge Flying Group is for a major contribution to historic aviation flight safety not just in the past year, but over many years.

For 66 years the Cambridge Flying Group has been instructing at Cambridge and most of this time with its distinctive yellow and silver Tiger Moths, G-AOEI and G-AHIZ.

It is the only place in the world where pilots who do not own their own Tiger Moth can learn to fly on them from ab initio i.e. absolute beginner.

CFG is very much the benchmark for Tiger Moth instruction and many who have flown here have gone on to own their own Tiger Moths or other historic types and their instruction at Cambridge contributed considerably to their flight safety.

For the past six years the Worshipful Company of Coachmakers Sir Geoffrey de Havilland Flying Scholarship has been award annually to encourage a new generation of pilots under 30 years of age to learn to fly the Tiger Moths at CFG, as reported in last month’s ‘Pilot’.