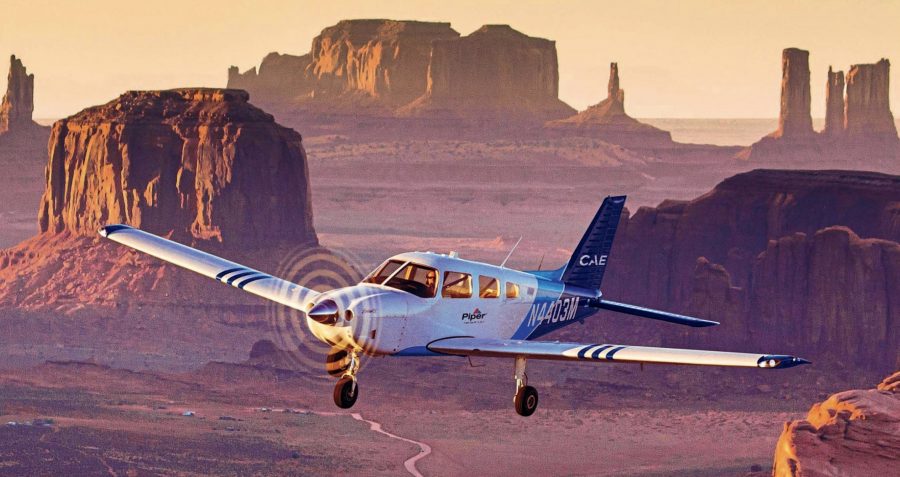 CAE has partnered with Piper Aircraft to develop a conversion kit via a Supplemental Type Certificate (STC) for in-service Piper PA-28-181 Archers and bring an electric variant option of the aircraft to market. The company also announced at the Farnborough airshow that it expects to convert two-thirds of its Archer training fleet and develop a curriculum for new pilots to train on the operation of electric aircraft.

Making the announcement, CAE highlighted that it is bringing together industry leaders from Canada, the United States, and Europe to develop an aircraft that will reduce carbon emissions and noise levels at its flight schools around the world, while training future pilots to operate electric aircraft.

“Piper Aircraft has been a longstanding trusted partner for CAE’s flight training operations, and we are very pleased to have them join us, along with other electric aviation leaders, in this leap forward for the sustainable future of aviation.” said Marc Parent, CAE’s President and CEO. “The development of this technology is a first for CAE. As the largest Piper Archer operators, CAE is uniquely positioned to make electric-powered flight a reality at our flight schools and beyond.”

“Piper Aircraft is excited to support CAE’s development of an electric aircraft modification conversion kit for the Archer”, said Piper’s President and CEO, John Calcagno. “With 28,000 aircraft in global service, the PA-28 is the ideal platform for real world flight training curriculums and professional pilot training programs like CAE’s.”

H55 of Switzerland will provide the battery system, and Safran Electrical & Power will incorporate the new ENGINeUS 100 electric smart motor into the STC conversion kit. The propulsion system produces 150kW at takeoff power.