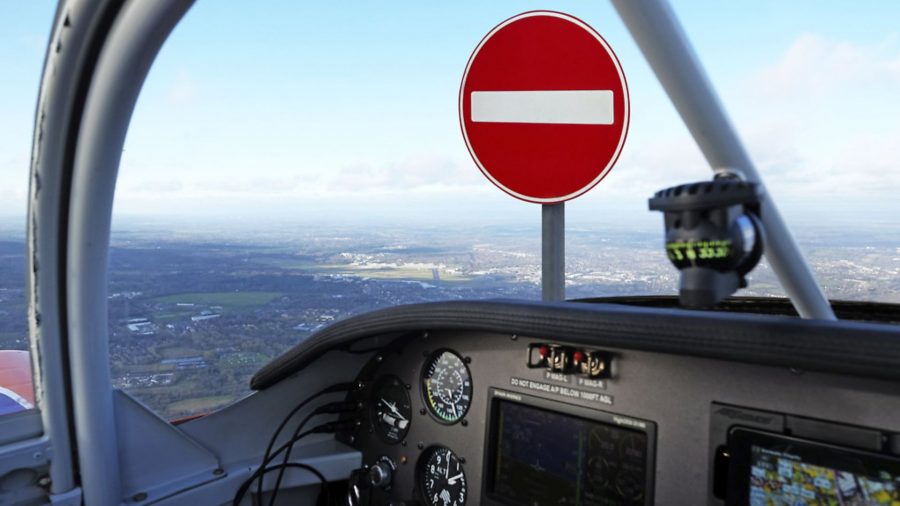 In the teeth of determined opposition, TAG Farnborough continues to press for its own controlled airspace. If it wins, Pilot believes big business will have triumphed over democracy and a dangerous precedent will have been set

The CAA has said that it will be making public its formal decision on TAG Farnbrough’s Airspace Change Proposal in the first quarter of this year. To understand the potential impact that the introduction of extensive Class D controlled airspace would have on light aviation, Pilot visited Lasham – one of the airfields closest to Farnborough – and spoke with members of Lasham Gliding Society.

Lasham is a very busy aerodrome. Home to a number of clubs and organisations, it has up to 64,000 movements a year, including flights for the disabled (by contrast, Farnborough’s movements have pegged for many years at 25,000 or less) but it is not just for the interests of the gliding community that LGS has been fighting in its long campaign against TAG’s proposals, first embodied in the initial formal Airspace Change Proposal of 2013. The Society has spent £200,000 on legal fees and estimates that the notional cost of voluntary work by individual members, some of whom have put in a near full-time effort as part of the core airspace team, amounts to £3.3m.

The Gliding Society has had meetings, on and off with TAG over the years and made a number of suggestions for modification to the ACP that would make life easier for both the power flying and gliding community. However, the CAA has taken the position that it is for TAG to make a further proposal or for Lasham to submit its own ACP ? the CAA’s final decision would be a binary one: it would either accept the proposal or refuse it. TAG has, perhaps quite understandably in business terms, refused to make any further concession and submit yet another ACP ? and LGS is certain that drafting an ACP of its own is neither justifiable nor within its means.

The CAA has also sent out confused messages about the issue of safety: LGS says that it was told by the Authority in 2016 that TAG needed controlled airspace ‘for safety reasons’, but this is something that NATS itself has excluded ? and TAG’s safety case has in any case been demolished in an analysis done by LGS working with the General Aviation Alliance.

Indeed, TAG’s own published feedback reports present a picture of overwhelming objection to its proposals, tidily summed up by LGS as being potentially ‘lethal’ (through the risk of collision in funnelling GA movements through the narrow bottleneck formed by TAG’s proposed Class D controlled airspace and Southampton/Solent’s existing controlled airspace to the south-west) and ‘totally unjustified’.

TAG claims it operates ‘the only airport near to London that is dedicated exclusively to Business Aviation ? so no queues in the air or on the ground’. Pilot believes TAG wants its own private airspace so it can exclude other traffic and deliver on its USP. We conclude that it simply cannot be right that one sector of GA should be allowed to enclose a huge segment of the sky for its own private use… if TAG Farnborough is successful in establishing a precedent, Brize Norton/London-Oxford’s and all the other airspace grabs are going to follow.

The full text of this article by Editor Philip Whiteman appears in the March 2018 edition of Pilot magazine.