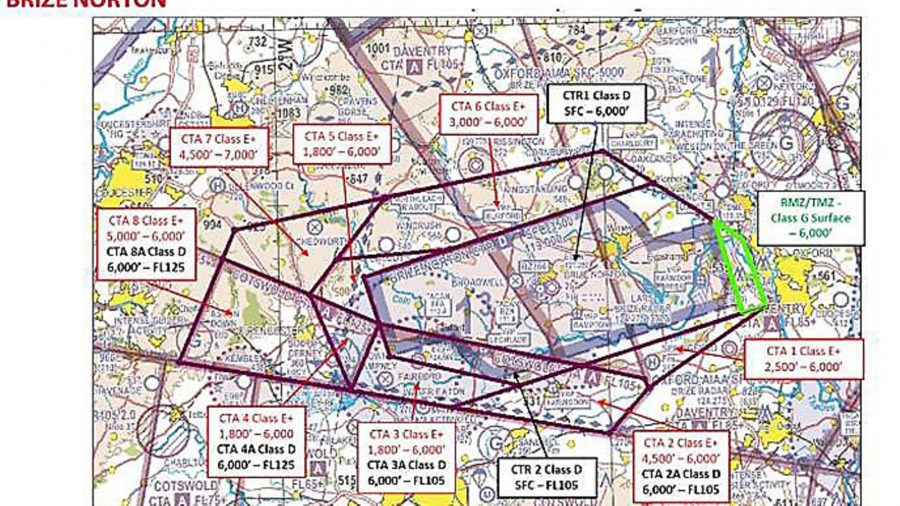 The CAA Safety and Airspace Regulation Group has rejected the proposal, publishing its findings in CAP 2087 London Oxford Airport ACP – Proposal for Revised Airspace and Instrument Flight Procedures. The CAA decided not to approve the ACP, stating that London Oxford ‘did not make a compelling case for the creation of a TMZ’. Further, ‘the proposal shows a misinterpretation of the TMZ rules and… does not adequately resolve the integration issues with [Brize Norton].

It seems there were other significant flaws in the ACP, which the aviation associations felt were submitted with undue haste to avoid the greater transparency granted by the incoming rules and procedures for ACPs laid out in CAP1616. Certainly, the CAA concluded that Oxford’s final proposal was ‘significantly different from the option presented as the preferred option during consultation, and that further consultation should have been undertaken with stakeholders to better assess the impacts of this final proposal’.

‘The proposal does not make a compelling and safe case for the creation of these new blocks of CAS’, said the CAA in rejecting BZN’s ACP. Nor did the authority consider that the ACP would adequately resolve the integration of instrument flight procedures with local area operations. Once again, the proposed airspace design was ‘significantly different’ from the option presented as the preferred option during consultation. ‘Further consultation should have been undertaken with all stakeholders to better record and assess the impacts of this final proposal,’ concluded the CAA.