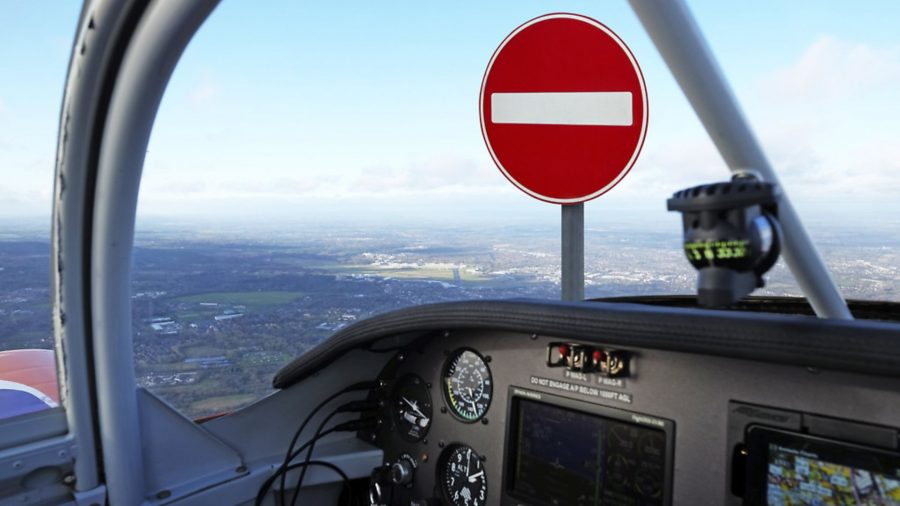 The combined Brize Norton/London-Oxford (Kidlington) Airspace Change Proposal would increase the existing area of controlled airspace almost threefold-a scale which is totally disproportionate to even the most optimistic calculation of air traffic movements for the two airfields.

UK airspace policy, as laid down by the Department for Transport and the CAA, says that restricted airspace must be fully justified: this proposal runs contrary to that. Worse, the proposal is poorly designed, giving no recognition to flights outside the controlled airspace and taking no account of prominent ground features used by light aircraft for visual navigation, such as the M40 motorway and the giant runway at Upper Heyford. In addition, the twelve extra segments of controlled airspace have bases at seven different heights-making it a prime target for

North of Oxford, the proposed controlled airspace would extend to Barford St John, just south of Banbury. This creates a pronounced pinch point, meaning traffic which cannot, or chooses not to enter the Class D airspace will route within one mile of Hinton in the Hedges, which is both a busy GA airfield and a very active parachute drop zone. According to London-Oxford, this northward extension is required to accommodate procedural approaches to its Runway 19 (although few such approaches are made), thereby justifying blocking east-west traffic from a heavily-used swathe of airspace north of Oxford, and restricting and excluding those operating from Weston on the Green, Shotteswell, Bicester, Hinton and Enstone, as well as several private airfields in the area.

It will also impact airfield utilisation at Chiltern Park, Turweston, Sywell, Wellesbourne and further afield, as en-route traffic will almost certainly be affected.

Out to the west, the proposed Brize Norton Class D airspace will extend beyond Kemble, creating a significant impediment to north-south traffic. This, combined with Farnborough’s Airspace Change Proposal (ACP), is likely to create even more pinch points and, at worst, an impenetrable barrier to VFR navigation.

Here again, the evidence that Brize Norton’s procedural training requirements for aircraft such as the Hercules, Globemaster, Atlas and Voyager justify the scale of the proposed airspace is tenuous: in the whole of December 2017 only 27 training sorties were flown, and the busiest day in January saw just nine sorties flown. The majority of this training can now be done in simulators — at a lower cost to the environment and the taxpayer.

The gliding community will be most heavily penalised by both ACPs. Lasham, Nympsfield and Aston Down-three of the largest, and most ambitious clubs in terms of cross-country gliding, in the country-are struggling to see how many of their ‘goal’ flights could be achieved. Sites close to the newly-restricted airspace, such as Bicester, Enstone and Shenington, will have to restrict their training flights, while locations such as Weston on the Green may potentially have to close.

Initial scoping discussions began in 2014 but the official consultation documents were not published until 15 December 2017. It is tempting to speculate that this was to ‘beat’ the deadline of 2 January 2018 when new airspace change consultation rules came into force, demanding greater transparency.

Those reviewing the proposals have complained that several of the published diagrams appear distorted, giving an inaccurate impression of the scale of the proposed airspace. (The Brize website does acknowledge this and has republished several of them, and Brize also points out that, under Military Aviation Authority rules, it is not required to consult on airspace change but has done so as its proposed changes impact London-Oxford, hence the combined bid.)

The closing date for the consultation is Thursday 5 April and the more people and organisations who respond the better. The General Aviation Alliance is sending a formal letter of objection to the two consultations, and is also in discussion with both the CAA and the Department for Transport.

To respond, either complete the consultation response proforma at http://www.oxfordairport.co.uk/the-airport/public-consultation-2/ or write an e-mail direct to London-Oxford Airport at consultation@londonoxfordairport.com The RAF doesn’t appear to have an online form, but you can e-mail them at rafbrizenortonconsultation@ospreycsl.co.uk.

This is an edited version of the article that appears in the Spring 2018 issue of Pilot magazine and first appeared in the February edition of Light Aviation, journal of the Light Aircraft Association